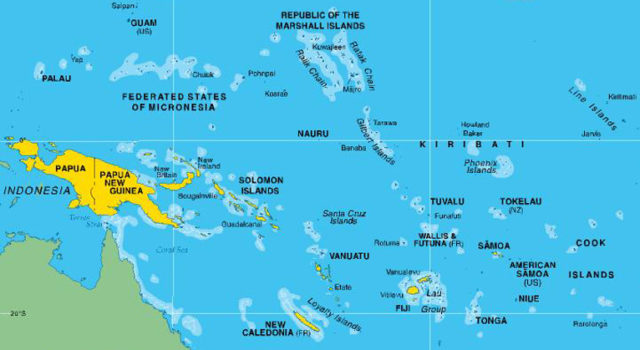 Jakarta (ANTARA News) – A number of Southern Pacific island countries have expressed appreciation for Jakarta`s new initiative in developing Papua and West Papua, the Indonesian part of the Melanesian island of Papua.

The people of the southern Pacific island countries belong to the same Melanesian race of Papua.

“We support every step taken by the government of Indonesia for the prosperity of the people of Papua and West Papua,” Nauruan President Baron Divavesi Waqa said after a meeting with an Indonesian delegation headed by Coordinating Minister for Law, Security and Political Affairs Wiranto at the Government House of the Republic of Nauru, on Wednesday, a government release made available to ANTARA News Agency said.

The Nauruan President said he was confident that the government of Indonesia is sincere in developing Papua and West Papua.

“We people of Nauru will continue to see Indonesia as friend,” he said, adding what Jakarta has done is to bring modernity to the country`s most backward regions.

Meanwhile, Tuvalu Prime Minister Enele Sopoaga said his country would not interfere in the affairs of Papua and West Papua, saying that he only want to see human rights are protected and the Papuan culture is preserved.

“We don`t want to interfere with the Indonesian policy. We highly value human rights as well as cultures, but Tuvalu is in no position to interfere in that issue,” Enele Sopoaga said.

In the commemoration of the 50th independence day of the Republic of Nauru, The government of Indonesia took part in the celebrations by presenting Papuan music band called Papua Original.

Wiranto said, apart from taking part in the commemoration of the Nauruan independence day, he came with a mission to extend friendship.

Indonesia also has communities from the Melanesia and Polynesian race living generally in eastern part of the country. He referred to Maluku and Papua people.

“I come bringing a cultural troupe from Papua and West Papua to show that we have much in common in culture that we are friends.

The Uniqueness of Traditional Weapon in Papua