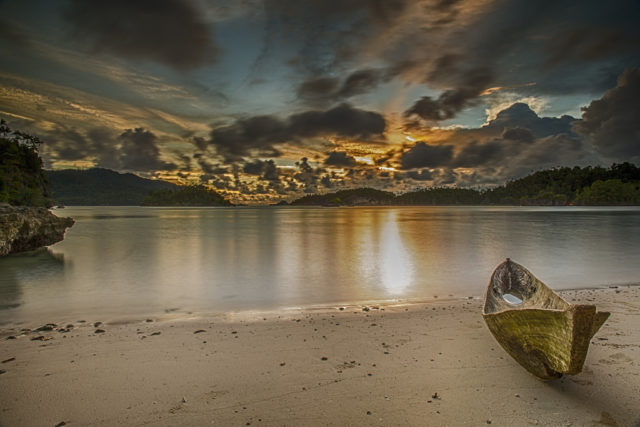 If you really want to get off the grid in Indonesia then consider taking a trip to Papua (also known as Irian Jaya) where you can enjoy gorgeous scenery as well as some of the best diving in the world.

Papua is technically part of Indonesia although it is not to be confused with Papua New Guinea which is a separate country.

Located far away from central hubs in Indonesia like Java and Bali, Papua is covered is acres of gorgeous rainforest as well as tinkling rivers and gushing waterfalls.

Visitors here can also enjoy long white sandy beaches as well as splendid wavy coral reefs, and anyone who likes diving is in for a treat as the visibility is so clear that you will be able to spot a huge variety of underwater life.

Papua is also an important spot in terms of culture, and you can get a glimpse at the amazing tribal art here in the form of ancient cave paintings that still exist in some spots.

Getting to Papua and getting around the island takes time, as many parts are only accessible by boat, but it is more than worth it to explore one of the last great untouched spots left in Indonesia, if not the world.

Here are the best places to visit in Papua:

Raja Ampat has to be one of the most beautiful islands in the world.

Located in West Papua it is known as a top spot for those on their honeymoon and it is also a premium location for anyone who likes diving.

Much of the island is covered in untouched rainforests and you will find wide stretches of clean sand that back on the turquoise seas teeming with marine life.

As you would expect, snorkelling, sailing, and swimming are also popular pastimes here but it is the diving that is the true star of Raja Ampat and you can expect 540 species of coral here as well as over 1,500 species of fish. 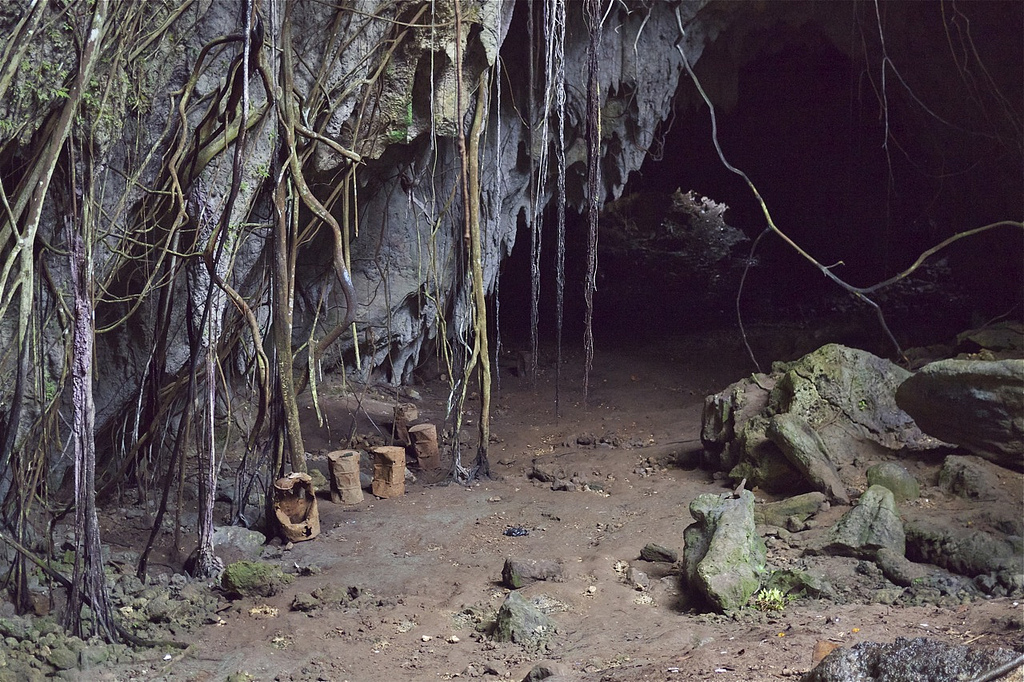 Goa Jepang means Japanese Cave in Indonesian and is located to the north of the town of Kota Biak, one of the larger and more significant towns in Papua.

It is a spot of historical interest that would have been used in the Second World War as a place for Japanese soldiers to hide, and there is even a tunnel from here which tacks three kilometres to Parai which is on the coast.

Some 3,000 Japanese servicemen are said to have died here when the US military bombed the cave, and now you can go down into the large cavern and take in the scene for yourself.

You will also find Japanese and American weaponry on show as well as old photographs of the cave. 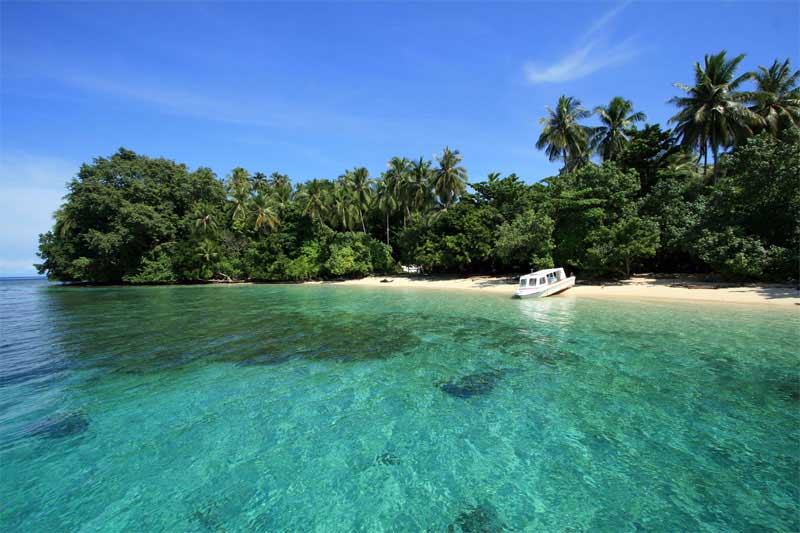 Cenderawasih Bay Marine National park is also referred to as Taman Teluk Cenderawasih and is actually a large marine park made up of 18 different islands which stretch along an expanse of pretty coastline.

The park sprawls for 14,000 square kilometres making it one of the largest in Indonesia and many people come here for the trekking, hiking, and scuba diving, and if you like bird watching then this is a great place to do it.

One of the most popular islands to visit in the national park include Pulau Auri, Pulai Rumberpon, and Pulau Wairondi.

4. Have a picnic on Base G Beach 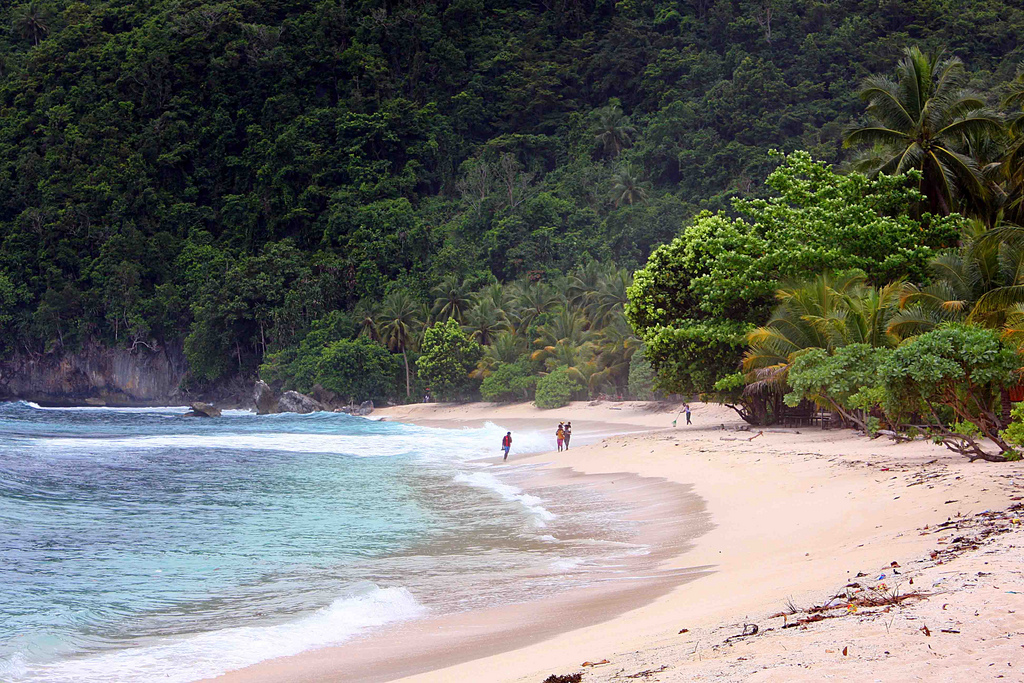 Base G Beach in Jayapura is almost 3 kilometres in length and is covered in wonderful golden sand.

One of the best features of the beach is the wooden picnic platforms that you will find here, making it a great spot if you want to bring some food and spend a lazy day enjoying the vistas.

You can swim here although caution is advised as the water is lined with rocks meaning that the beach lends itself to relaxation rather than bathing.

Another big draw here is the fact that you will probably find yourself alone on the beach which is secluded and only packed with locals at the weekend. 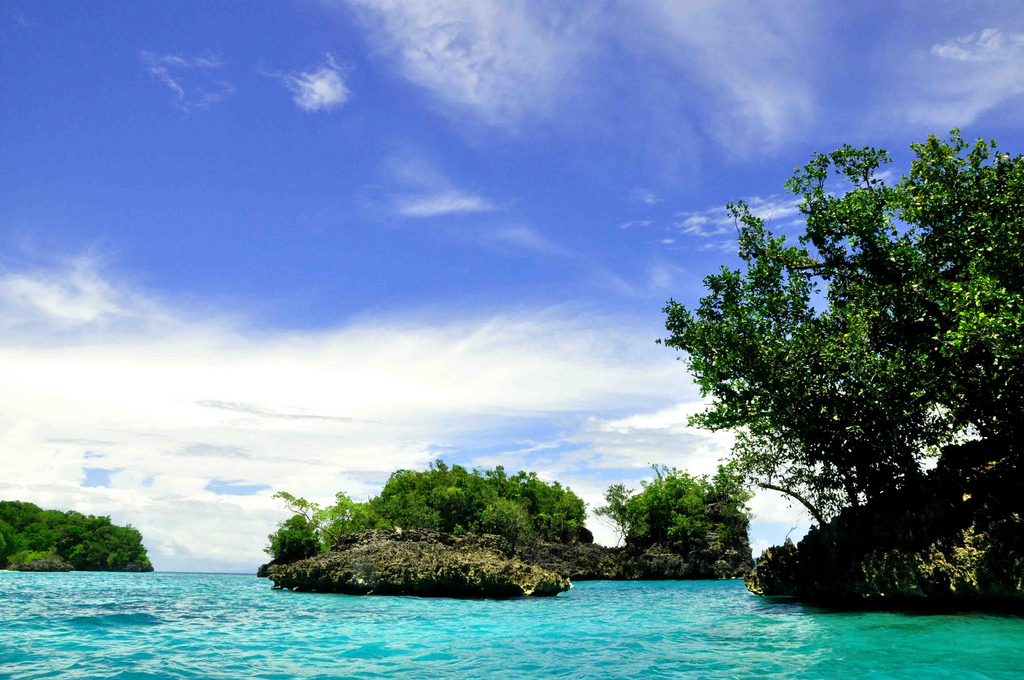 The strangely named Fak Fak is a Dutch settlement which sits at the base of some picturesque hills and you can also enjoy sweeping vistas across the neighbouring sea.

This is not a particularly big town but it is well worth a visit, and you can walk down the main artery called Jalan Izaak Telussa and take in many of the sights from here.

This is also a good place if you want to visit the neighbouring Banda Islands and Pulau Ambon which are part of the wider Maluku Islands.

You can also take day trips from Fak Fak to neighbouring Pulau Tubir Seram which is a pretty island that is covered in sandy beaches and hiking trails. 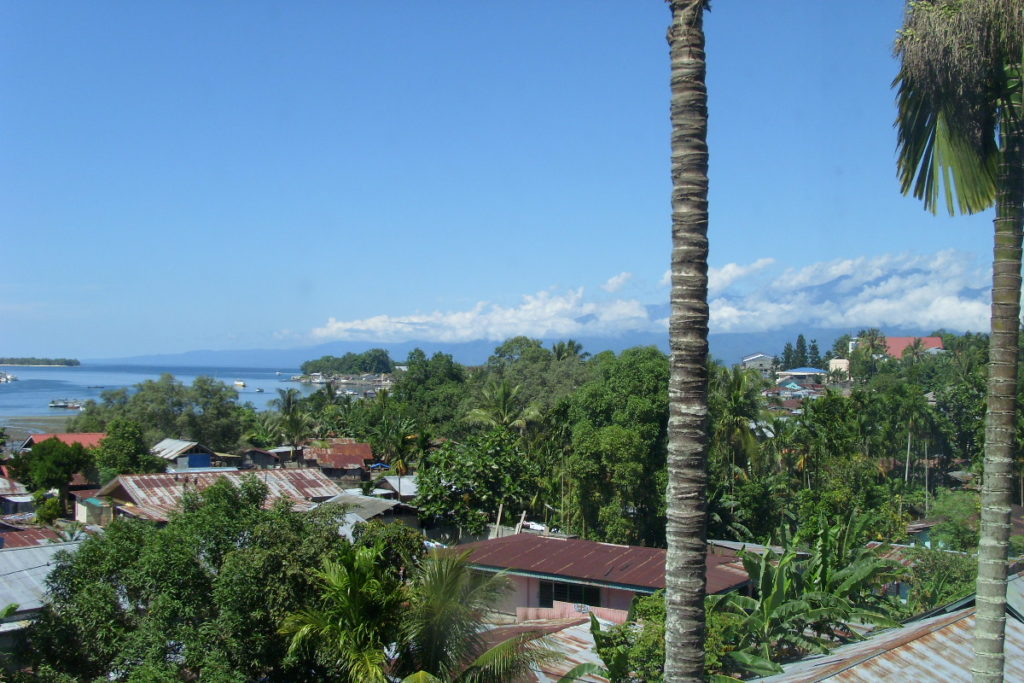 Manokwari lies around the bay of Teuk Doreri and is a place of historical significance as it would have been the first missionary base in Papua which is predominantly Christian in a Muslim majority country.

Many visitors choose to come here for the sightseeing as you can explore a range of wildlife trails, many of which are part of the idyllic Table Mountain Park (called Taman Gunung Meja). Other local points of interest include the Japanese Monument as well as the Japanese Cave.

Close to Manokwari you will find sunny Pulau Lemon (Lemon Island) where you can snorkelling and swimming. 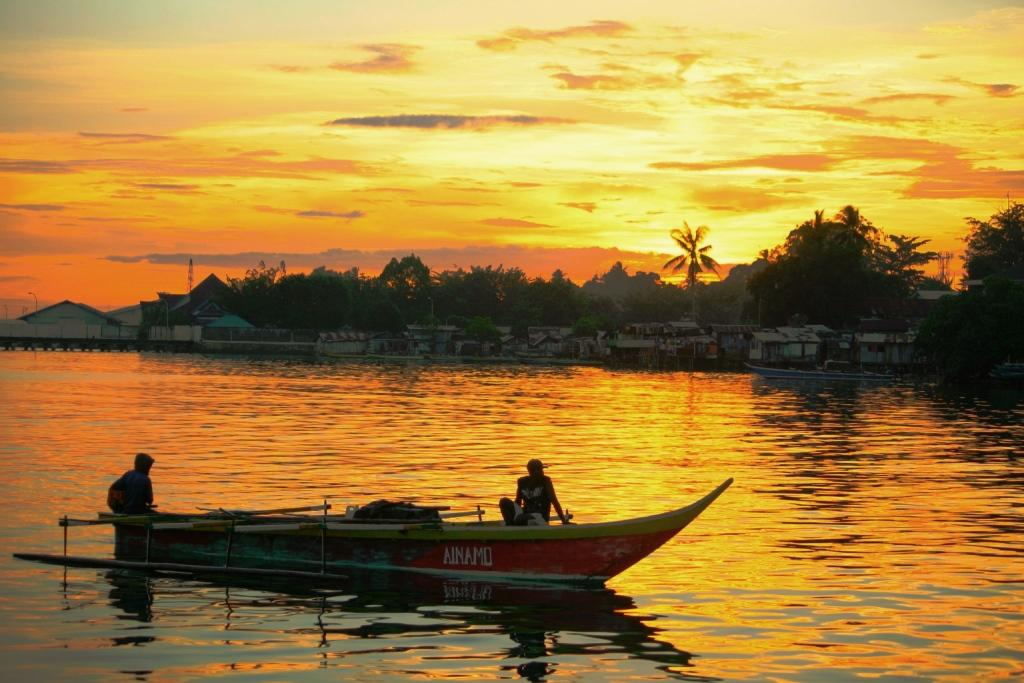 Pulau Biak is one of the most popular islands in Papua and is covered in historical points of interest.

The main town on Pulau Biak is called Kota Biak and around the island you will find a wealth of diving options as well as bird watching tours.

Another spot not to miss in Biak is the Cenderawasih Museum and you can also travel to the other side of the island to take in the stunning rock formations in Urfu and Samber.

In short, this is one island that you absolutely can’t miss if you make the journey to this exciting province. 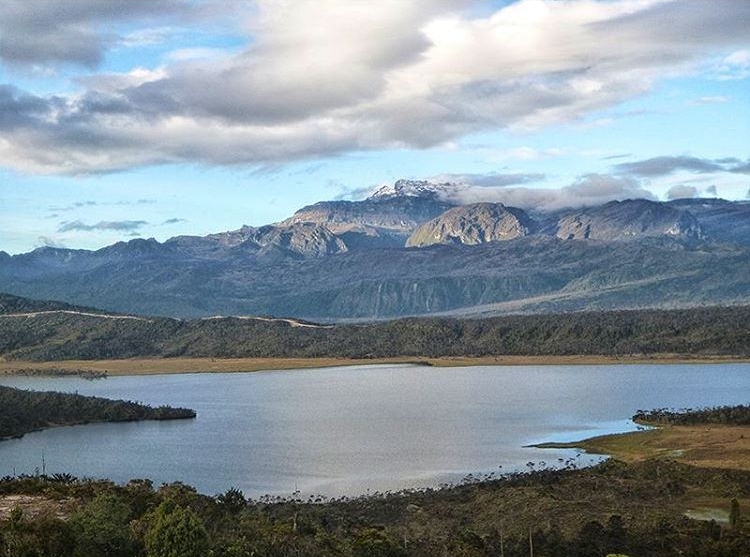 Lorentz National Park is a UNESCO World Heritage Site and also the home of a famous mountain called Puncak Jaya.

The Castensz Pyramid (as the mountain is known in English) measures up to 4,900 meters and if you want to learn all about the flora and fauna in Indonesia then this is place you need to visit.

There are hundreds of species of birds in the park which will delight birdwatchers and you can also enjoy trekking and mountain climbing up Puncak Jaya if you are feeling adventurous.

Bear in mind however that this is a strenuous hike so make sure to plan accordingly and only attempt it if you are used to mountain trekking. 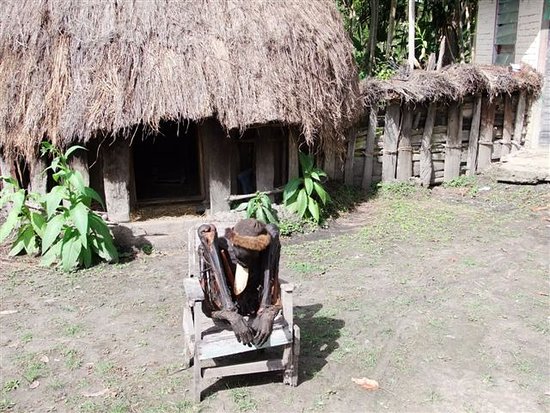 If you want to get out and about in Papua then consider a trip to Aikima which is around eight kilometres from larger Waimena and is the home of the Werapak Elosak Mummy.

This preserved corpse dates from 300 years ago and is the body of an ancient chief which has been smoked in order to prevent his body from decomposing.

The story goes that the reason for this was that the chieftain had magical powers and that the village wanted to preserve these after his death to keep the local area safe and free from evil spirits or marauding armies. 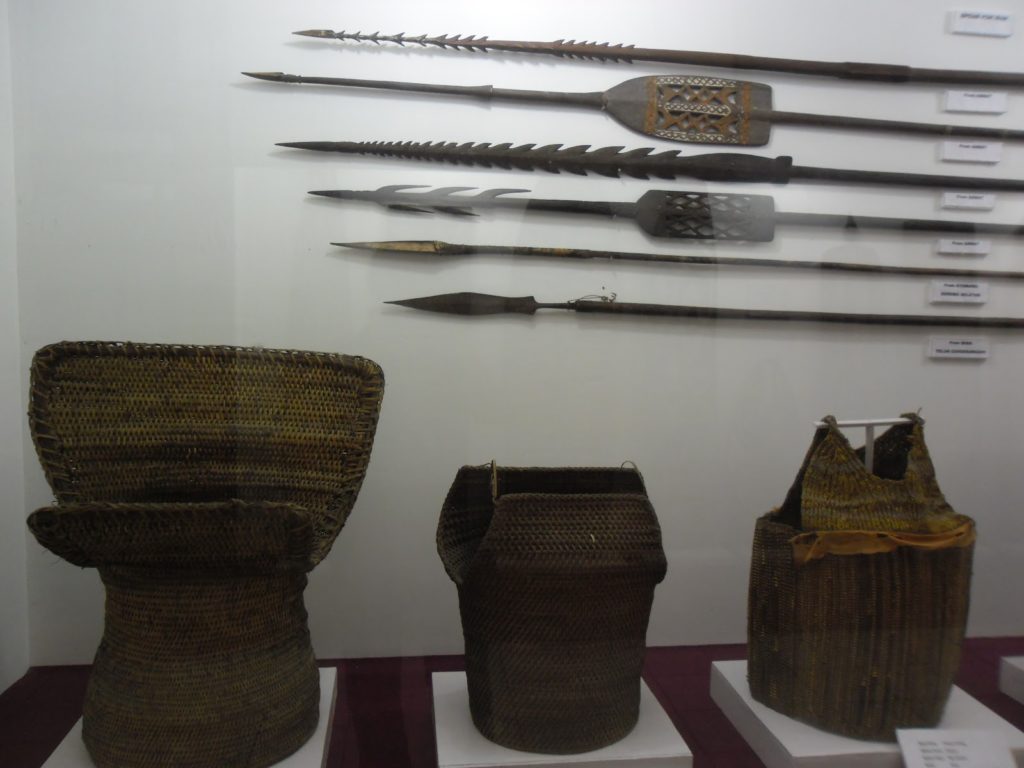 Museum Loka Budaya in Jayapura is part of Cenderawasih University and is one of the best museums in Papua.

Here you will find a huge array of different artefacts such as ancient Asmat carvings and traditional costumes.

There are also crafts items from different parts of Papua and you will even find diverse collections such as exhibitions of old photographs and even musical instruments.

Anyone who enjoys taxidermy can also peruse a gallery of Papuan stuffed animals including some of its signature birds of paradise.

11. The Bird and Orchid Garden

For a bit of serenity in Kota Biak head to Ibdi, the Bird and Orchid Garden which has a collection of birds indigenous to Papua including hornbills, cockatoos, and lories.

As well as the colourful avians you will also find several dozen species of orchids here so if you want to stroll around in a cool and unhurried part of the city then this is the place to do it.

This is also one of main attractions in Biak which is a pretty spot but doesn’t have a huge number of sightseeing spots in its own right. 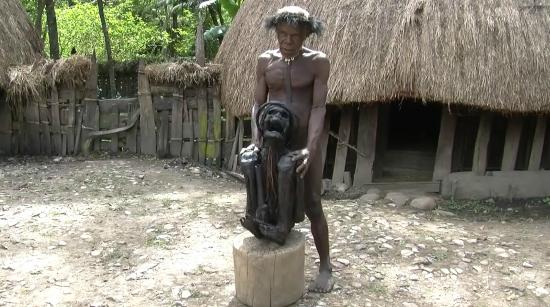 Located close to the town of Jiwika, the Wimontok Mabel Mummy is said to be the remains of a famous chief who would have lived here in the 18th century.

His corpse has been preserved and you can now come and see this macabre spectacle for yourself if you want to know more about the history of the area.

This is also a typical off-the-beaten-track area in Papua so it’s a great place to meet some of the locals and see how people live in this amazing province. 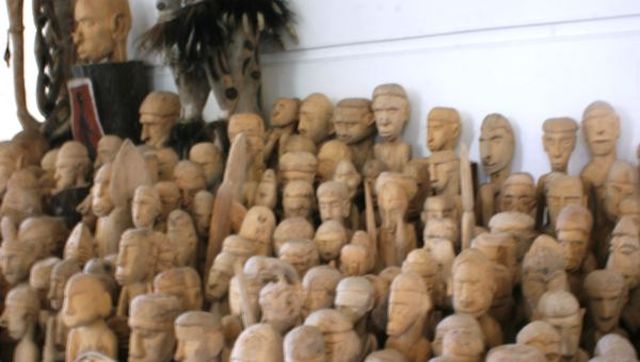 The Asmat Region of Papua is not well visited by tourists which is a shame as it is a great place to come if you want to see some of the most majestic countryside in Papua.

The region sprawls for miles and is covered in mangrove swamps, rivers, and tropical jungle, and the main town is called Agats although don’t expect a large metropolis as it is actually more like a small town.

One of the highlights of Agats however is the Museum Kebudayaan dan Kemajuan (Museum of Culture and Progress) which is filled with galleries of Asmat tribal art.

14. Spend a few days in Jayapura 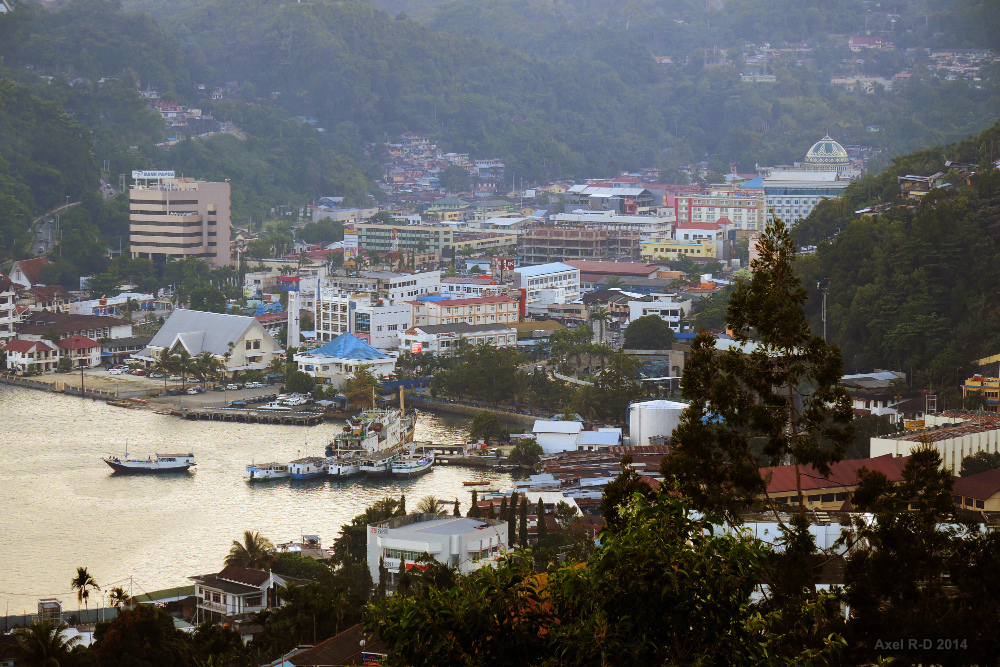 Jayapura is the capital city of Papua and is also its largest city.

That said, it has a population of 200,000 people which means that it is not exactly huge, but there is plenty to see here to keep you busy for a few days.

The city is encircled by hills and you will be close to beaches here such as Base G Beach and there are a number of temples to see in town which are visited by the local Buddhist population.

Also make sure not to miss the local market in Hamadi for a truly Papuan experience.

Kaimana Island in West Papua is a Marine Protected Area linked with Raja Ampat and is also part of the Bird’s Head Seascape.

It is known for some of the best diving in the world as it sits in the famous Coral Triangle, an area with more species of fish and coral than any other place on earth.

Kaimana is often called the Kingdom of Fishes and is also a favourite with those who like macro photography.

As the name suggests, you will find an abundance of coral gardens here as well as species like graceful dolphins, marlin, seahorses, and sharks.

The Uniqueness of Traditional Weapon in Papua