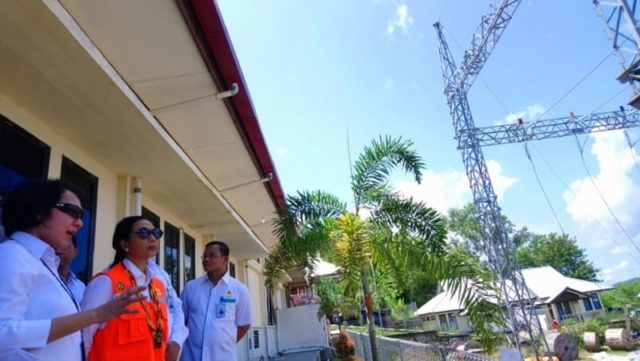 “With the new transmission system, Papua is expected to have more supply of power,” Rini said when commissioning the facility here on Friday.

She said she hoped there would be no more blackouts in Papua and the people could receive sufficient supply of power.

Electricity would help improve the people`s welfare and the children could study at home more conveniently , she said.

“With the electricity, children could study longer and the people could use electricity to support their business,” shes aid.

Meanwhile Business Director of the Maluku and Papua branch of the state electricity company PLN Ahmad Rofiq said the government was set to increase electrification ration especially in eastern Indonesia.

“In order to increase the ratio, PLN has a program of Bright Papua bu speeding up construction of infrastructure in rural areas,” he said.

He said the geographical condition of Papua is a big challenge in the implementation of the program.

The history of the formation of a special autonomy in Papua, Riyandi P