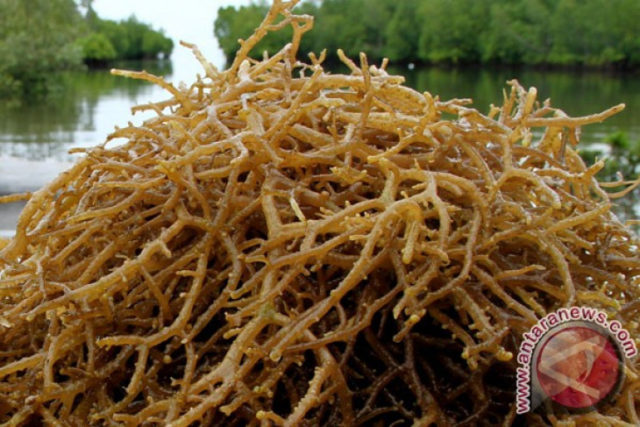 Biak, Papua (ANTARA News) – The Government of Biak Numfor Disrtrict, Papua, is preparing four villages in the subdistrict islands of Padaido and Aimando in 2018 to serve as centers for the development of the largest seaweed cultivation in eastern Indonesia.

“The four villages included in the development centers for seaweed cultivation are the villages of Pasi, Inarusdi, Bababruk, and Meos,” Head of Biak Fisheries Service Effendi Igrissa stated in Biak on Tuesday.

The type of seaweed that will be cultivated in the Padaido/Aimando islands is taken from the best E.cottonii species from the Ambon Fisheries Training and Extension Center (BPPP).

“The local government has prepared around 100 hectares for the center for developing seaweed cultivation in the Padaido/Aimando islands,” Igrissa remarked.

He admitted that every community group that develops seaweed cultivation was given technical training in planting seaweed and obtaining seed aid and field assistants.

Igrissa hopes that the development center for seaweed cultivation will involve indigenous Papuans, and the results will be directly purchased by companies from Jakarta.

Based on data from the Numfor Biak Fisheries Department, the development of seaweed cultivation centers in the Padaido / Aimando islands will involve as many as 10 groups of indigenous Papuans who have been given skills training and technical assistance by the local fisheries service.