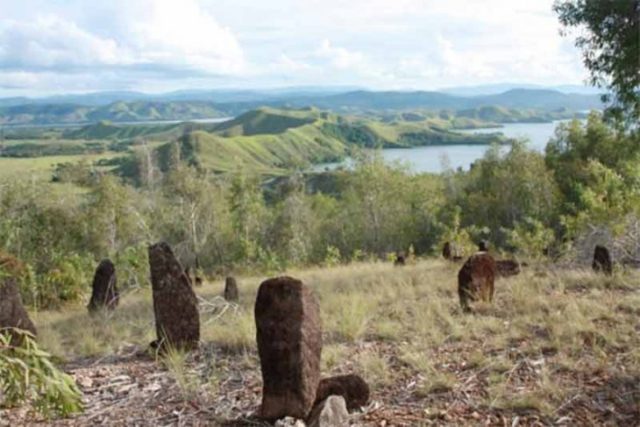 Timika, Papua (ANTARA News) – Nduga community leaders have strongly condemned the raping of female school teacher in the village of Mapenduma, in the district of Nduga after being taken hostage by armed criminals earlier this month.

“On behalf of the Nduga community in Mimika, I condemn the action of barbarity inflicted by the criminals on the hostages, Elipanus Mosareak said here on Thursday.

A group of armed civilians, believed to belong to separatists under Egianus Kogoya, took hostage 15 school teachers and medical workers in Mapeduma in the mountainous district of Nduga from Oct 3 to 17. One of the hostages, a woman school teacher was raped.

“This is very inhuman and we strongly condemn the cation of barbarity,” Elipanus said.

A district isolated in the mountain area in Papua is grateful for what the school teachers and medical workers have done for the local people,he said but after the incident he feared no none of the volunteers would be willing to return to work in that area.

The future of Nduga would be gloomy with no teachers for the young people that need education in that district and no paramedics to tend to the public health, he said.

“We would suffer big setback in education and health care services. Who would offer to volunteer to work in that area?” he said.

Another member of the Nduga community in Mimika Jhony Wasareak said a number of Nduga community leaders in Mimika would soon leave for Mapenduma to see for themselves the damage caused by the group of criminals.

The incident has drawn strong reaction from the Religious Community Communication Forum(FKUB) in Mimika denouncing the rape.

“We condemn, whoever committing that crime. Teachers and health workers carry a noble mission to help especially the younger generation of Mapenduma,” chairman of FKUB Ignatius Adii said.

Ignatius said in at least 10 years to come no teacher and paramedic from other parts of the country would want to work in Mapenduma with no guarantee for their security there.

The victim of rape by the group of criminals under Egianus Kogoya is now under medical treatment at the Bhayangkara policve hospital in Jayapura.

“This is a tragedy for education in Papua. It is a human tragedy,” the Papua police chief said.