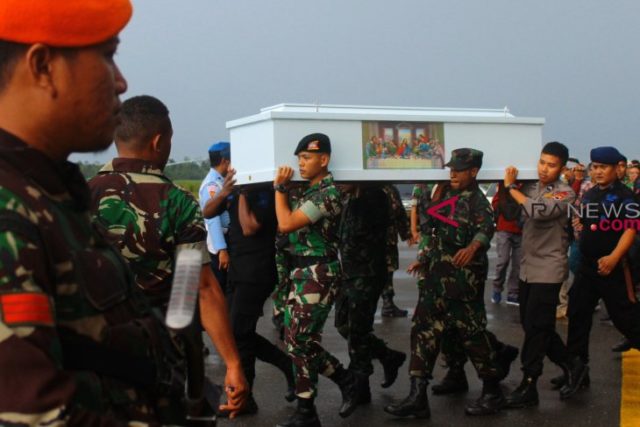 “Our team is still conducting law enforcement operations and after they complete them, the groups involved and whether they are affiliated with OPM will be confirmed in detail,” he said at the Yogyakarta Regional Police Headquarters.

Although the OPM has claimed responsibility, the police said they would not hurriedly jump to a conclusion but would take it into consideration.

“We have our own Standard Operating Procedure (SOP) and because this is within the corridor of law enforcement, the police would be at the forefront, while the military (TNI) would only help. We understand there has been a narrative by someone claiming to be an OPM spokesman. We will take it into consideration but we have not yet confirmed the same. We will not be provoked by their propaganda,” he said.

He said the police already know which group the criminals come from. “We know where they come from. Perhaps their narrative has spread in the media. Just let us pray and help the police and TNI so the legal process can be carried out immediately. We will find them wherever they are,” he said.

Iqbal said that a joint police and TNI team has kept the situation in Nduga under control, evacuated the victims and released the Trans-Papua road construction workers held by the group.

“More than a dozen dead victims have been evacuated and even brought to their families. We will conduct a scientific investigation process. That is the SOP that we are conducting,” he said.

The joint TNI and Polri team has, so far, discovered 16 bodies of slain workers employed by the PT Istaka Karya construction company.

The team managed to evacuate eight survivors and move eight bodies from Nduga to Timika, Mimika District, on Thursday.

Jimy Aritonang, one of the survivors, recalled that some 50 armed men belonging to an outlawed group, led by Egunius Kogoya, had taken 25 workers from the camp to Mount Kabo.

On arriving in the remote mountainous area, the criminals shot the workers, whose hands were bound. Some 14 men died on the spot, while 11 others pretended to be dead and later attempted to escape. However, five were later recaptured and killed by the criminals, while several others managed to reach a military post.

The criminals chased them to the military post and got engaged in a shootout with the officers. One military officer, identified as First Sergeant Handoko, was killed in the attack, while another was injured.