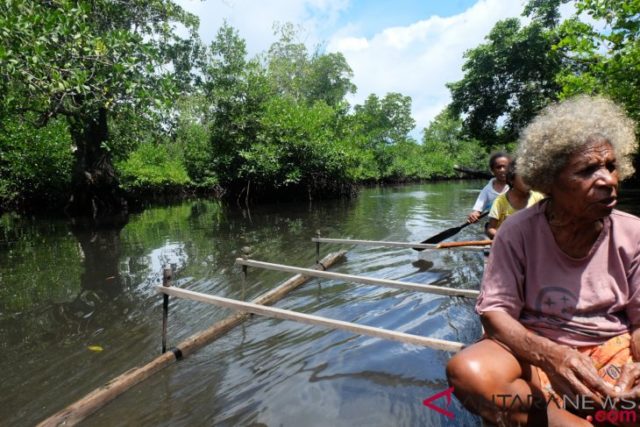 Wasior, West Papua(ANTARA News)- The Ministry of Village, Disadvantaged Regions will develop agro-tourism in the village of Dusner in the district of Teluk Wondama, West Papua.

Head of the district Culture and Tourism Service Frans E.N. Mosmafa said Dusner has been included in the list of villages to be developed into agro-tourism areas in Indonesia.

“On 7 December, I and a number of representatives of seven districts in Indonesia met in Bogor to receive the information from the Ministry of rural and backward area development,” Frans said here on Sunday.

He said, Dusner has three waterfalls tens of meters tall, adding the village also has forests that could be developed as a tourist destination.

He said agro-tourism is potential for rural economic development which could open business activities.

“We are thankful with the government decision to include the village of Dusner in its program to develop agro-tourism. The cost of building the supporting infrastructure would be provided by the Central Government,” he said.

He said he was confident the village of Dusner would one of the main tourist destinations in the area .

When the construction of the Manokwari-Wasior-Nabire section of the Trans Papua highway has been completed this location would be easily reached by land.

“President Joko Widodo himself has ordered for the opening of the Manokwar-Wasior road . Therefore, it would certainly be implemented by the Public Works and Housing Ministry. Now the road has been open . It needs only paving with asphalt,” Frans said.

Dusner is a coastal village with white sandy beach , adding, the village is located in the Cenderawasih Bay National Park (TNTC)

Impact of Progress After the Extension of Special Autonomy for Papua | by Fathur P.

New Directions for the Implementation of Papua’s Special Autonomy | by Renno P.

Impact of Progress After the Extension of Special Autonomy for Papua...

New Directions for the Implementation of Papua’s Special Autonomy | by...

Optimism for Papuan Development Through Sustainability of Special Autonomy for Papua...