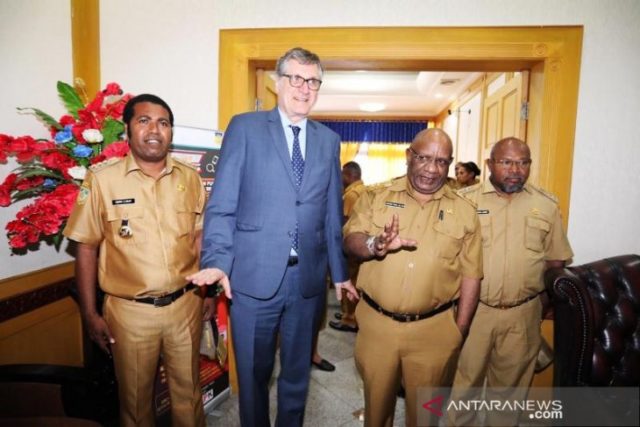 Schoof and his delegation held an hour-long meeting with Deputy Governor of Papua Klemen Tinal.

“Since seven months of holding the position of German ambassador to Indonesia, I have made attempts to visit various provinces across Indonesia. This is important, as it is not only about Jakarta,” he remarked.

Papua is viewed as being important since it is the country’s largest province and holds vast economic potential. Germany has forged several cooperation programs with Papua, he pointed out.

The province is quite scenic and has lofty mountains and several mining sites, he noted.