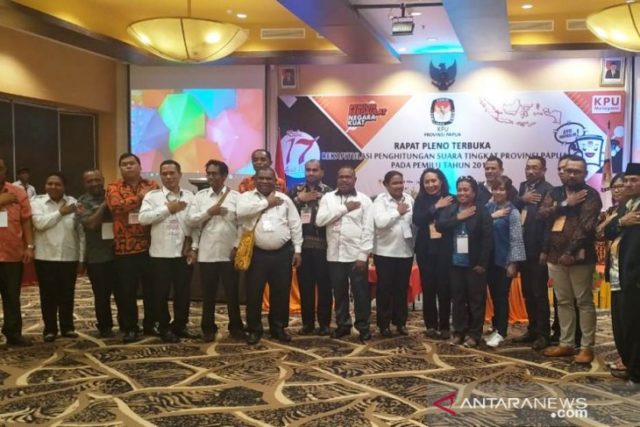 During the plenary meeting of the vote counting recapitulation for Merauke District, the Papua Provincial Election Supervisory Body (Bawaslu) praised the data submitted for being accurate and said it did not receive a variety of questions or objections from the witnesses of the candidates and parties.

“This could be an example and reference for other KPUs in Papua. Merauke is very good,” said Theodorus Kossay.

Reacting to this, Theresia Mehuze said that she was speechless because she received praise from the Commissioners of Bawaslu and the KPU of Papua Province.

“I was touched,” Mehuze said, adding that she was grateful to the security forces (Indonesian National Police / TNI) who faithfully carried out their duties and escorted her from polling stations to the plenary at the provincial level in Jayapura City.