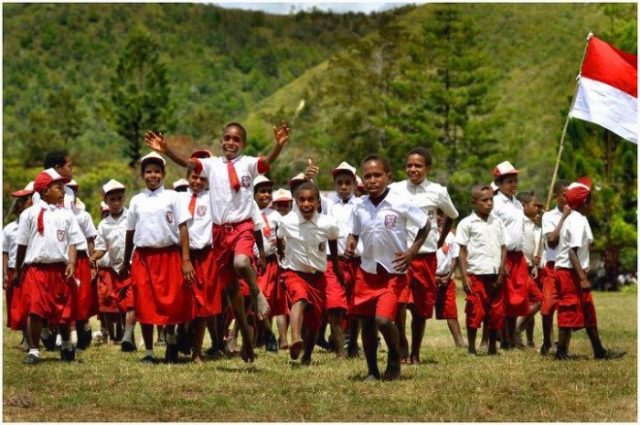 The second approach is the “People to People” mechanism. The P to P is related to some societal mechanisms and systems that we could use as a means to build trust in the people of Papua. The trust will bring us to the next stage called nationalism. Nurturing nationalism by building trust to Papua as part of Indonesia is our duty as a nation.

The goal of P to P strategy is to avoid societal support for ULMWP. Because similar to other organizations, ULMWP needs a mass basis. And the separatism propaganda is being operated here. Indonesia should fight this not by propaganda, but by inspiring the trust between the societies.

The education system, especially the university is a perfect basis to formulate the strategy. As we know there are many students are come from eastern Indonesia to the universities and/or colleges at the central and western part and so on. The students from outside of the eastern part also go study to university in the eastern part of Indonesia. This is the perfect moment and long-term effort for all of the Indonesian students to create a strong relationship as one nation each other. This may sound too idealist, but, if we understand what nationalism and unity mean, we should consider this very well.

To sum my points up, I recommend that the government should understand what makes ULMWP and Free Papua Movement (OPM) strong as a movement, organization, military forces, institution, and even a nation. The government should strike the core gravity of ULMWP (OPM)’s movement or organizations, namely: 1) its separatism ideology; 2) the leader; 3) the followers; 4) organizational structures; 5) its financial system; 6) the arms system; 7) its guerilla tactic as our military concern on its asymmetric strategies. And as social systems, not only the government but also us as a society, we must understand and never disturb the circumstances. Nationalism is not only grown by some government instructions or policies or some official programs in the local and national government, but it grows beneath us as a citizen and within us as a society which means every place we are living in, as long as it is around Sabang to Merauke, it is Indonesia.