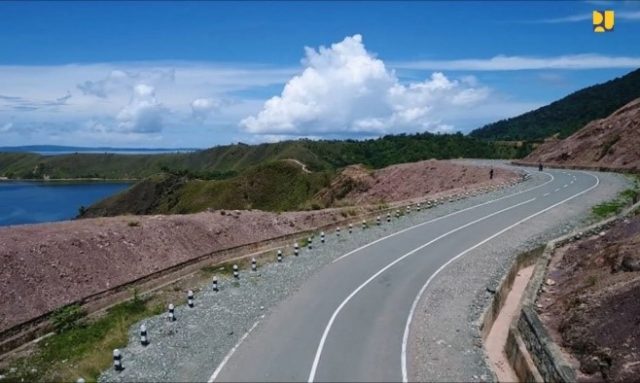 During the administration of President Joko Widodo, development was concerned not only in Java and Sumatera or towards western Indonesia, but also to the east, particularly Papua. Numerous infrastructures have been constructed as concrete steps to strengthen the community’s economy. For example, the Trans Papua road, the Hamadi-Holtekam long bridge, then the electricity infrastructure in Papua and West Papua, Sentani Airport, and the construction of the Indonesia-Papua New Guinea border road.

Rector of Padang State University, Prof. Ganefri, assessed that what the government does was on the right track. Because according to him, in the concept of development theory, to grow the local economy the main thing that must be done is to build infrastructure.

“With infrastructure development, there will be a process of migration and mass mobilization, which of course will make the economy move”

With infrastructure development, of course, the community will be easier to carry out economic activities. Movement and mobilization of the people will be easier and smoother.

At present, the government is quite equal in carrying out development. Almost all regions of Indonesia are now reached by development.

The main focus of development at this time is indeed the Papua region. This is a concrete step for the Jokowi Administration to equalize development. But sometimes the difficulties come from our own. For example, in the trans-Papua road, the separatist groups continued to interfere so that difficulties arise in the land acquisition. Even though in other areas the same road was inaugurated.

Meanwhile, Johanis Tjoe, a footballer from Papua who once defended Semen Padang admitted that development in Papua is now much better than before. The roads are now much better. Airports, ports, and bridges have now been built by the government in Papua.

“Papua is now much better than before. We are certainly grateful that the government has paid attention to development in Papua. Hopefully, in the future, it will be better.”