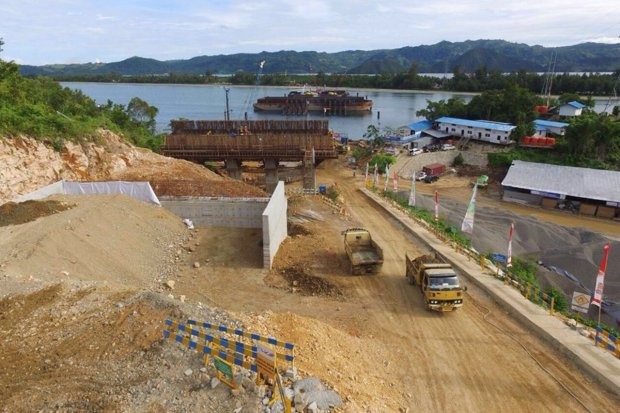 The development of Papua is currently the top priority of the Jokowi-Ma’aruf Amin administration. This is proven by a conference about Papua development hold on December 17, 2019. This activity is intended as an effort to oversee the implementation of Presidential Instruction No. 9 of 2017 to exhibit the success of various initiatives and programs in the Provinces of Papua and West Papua through a series of activities such as workshops, discussions and interactive dialogues, media corner, and an exhibition on the development of the Papua region.

This conference involved ministries/institutions, the Provincial Governments of Papua and West Papua, as well as development partners, such as national/international NGOs, and donor agencies, which have programs in supporting development in Papua. The Papua Development Conference also has become a venue for the dissemination of development implementation in the Papua region, seeking solutions and data for the continuation of efforts to accelerate development towards the welfare of the Papuan people, also as promotional media to introduce leading economic commodities, and the promotion of Papuan culture to the public and more broadly internationally.

This conference was proven to be an entry point to gather broader support for the implementation of the development of Papua. By building the synergy with multiple parties, the efforts to develop and improve the welfare of the people of Papua as mandated by Presidential Instruction No. 9 of 2017 become lighter. The development targets that have been set for the Provinces of Papua and West Papua can be achieved so that the welfare of the people on this easternmost islands of Indonesia can be improved.

The people of Papua are happy with the attention of the Government in developing Papuan infrastructure. The people have never wanted independence from Indonesia.