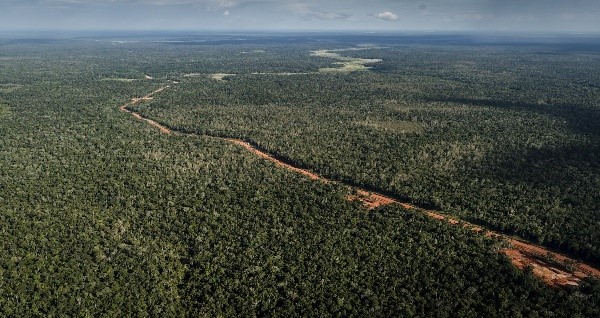 Indigenous People is a general term used to describe groups of people, which have similar characteristics such as common origins, land, territory, natural resources, and a distinctive cultural identity. Referring to the association that accommodates indigenous peoples in Indonesia, namely AMAN, another similar term is like “Orang Asli? in Malaysia, Aboriginal (Australia), First Nation (Canada), Hills Peoples, Hills Tribes, Adivasi, and many others.

The UN defines Indigenous People as “a broad spectrum of social groups, including Indigenous Ethnic Minorities, Tribal Groups, or Schedules Tribes, namely groups that have a social and cultural identity that can be distinguished from dominant societies, which makes them disadvantaged in the development process.”

Indigenous peoples are defined as: “… indigenous Papuans who live within the territory and are bound and subject to certain customs with a high sense of solidarity among their members”;

“Indigenous law peoples are indigenous Papuans who since their birth have lived in certain areas and are bound and subject to certain customary laws with a high sense of solidarity among their members”;

Meanwhile, “Orang Asli Papua are people who come from Melanesians racial family, which consist of indigenous tribes in the Papua Province and/or people who are accepted and recognized as indigenous Papuans by the Papuan Indigenous Peoples.

Before looking further at how the construction of this law has provided enormous space for the recognition of the indigenous peoples’ existence, customary law, and customary rights, it is important to note here the form of regional government in Papua and West Papua. Whereas, the regional government model there has been designed in such a way with a “specificity” character.

Consider Chapter V, the forms, and the arrangements of Government, for example. This law states explicitly that the main pillars of governance in Papua and West Papua Provinces consist of three components. The three components are the Papua People’s Representative Council (DPRP / DPRD), the Regional Government (governors, mayors/regents), and the MRP (Papuan People’s Council). The MRP itself has an equal position with the DPRP/DPRD.

It is interesting to note here. Referring to Part Three, Executive Chapter, Article 11 Paragraph (3) in particular Point (a) states: “Those who can be elected as Governor and Deputy Governor are citizens of the Republic of Indonesia with requirements”, among others, that they must be “native Papuans”.

This means that as many as 1 governors, 1 mayor and 28 regents in Papua, plus 1 governor, 1 mayor and 12 regents in West Papua, can be ascertained throughout the realization of the special autonomy status, namely, from 2001 to the present, all executive leaders are ‘native Papuans’ and not migrants.

As a comparison, Aceh Province, for example. Referring to Law No. 11/2006 on Aceh Governance, it is clear that this regulation has similarities with the Special Autonomy Law for Papua and West Papua. Whereas, the government in Aceh Province is given special authority to regulate and manage government affairs and the interests of the local community.

However, speaking of filling the top executive positions, both at the provincial and district/city levels, Aceh Province still does not require the provision of Acehnese natives as the only ethnic origin.