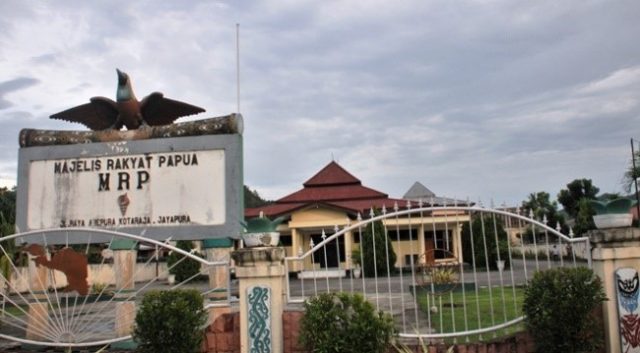 Concerning about the position of indigenous Papuans at the Papuan People’s Assembly (MRP), on Articles 19-25, it is clear that the cultural representation of the indigenous Papuan has been given a very large space.

What is the definition of MRP? Referring to the Special Autonomy Law in Article 1 Point (g) and Article 5 Paragraph (2), it is stated that: “In the framework of implementing Special Autonomy in Papua Province, the Papuan People’s Council was formed which is a cultural representation of indigenous Papuans who have certain powers in the framework of protecting their rights. the rights of indigenous Papuans, based on respect for customs and culture, empowerment of women, and strengthening of religious harmony. ”

Fourth, regarding the protection of the rights of indigenous Papuans, the MRP can also provide advice, considerations, and approval of planned cooperation agreements made by the government and the provincial government with third parties. Fifth, the MRP can receive complaints from indigenous peoples, religious communities, and women, or even society in general, and is tasked with channeling these aspirations and facilitating follow-up resolution.

Besides, sixth, the MRP functions to provide considerations to the DPRP, governors, district/city DPRPs, and regents/mayors regarding matters related to protecting the rights of indigenous Papuans.

Meanwhile, talking about MRP membership, referring to Article 24 Paragraph (1) states: “The election of MRP members is carried out by members of indigenous peoples, religious communities and women communities.”

MRP is a cultural representation of indigenous Papuans. This institution has the duty and authority to safeguard the interests and protection of the basic rights of Papuans by supervising all government policies (governors/regents/mayors) and DPRP/DPRD.