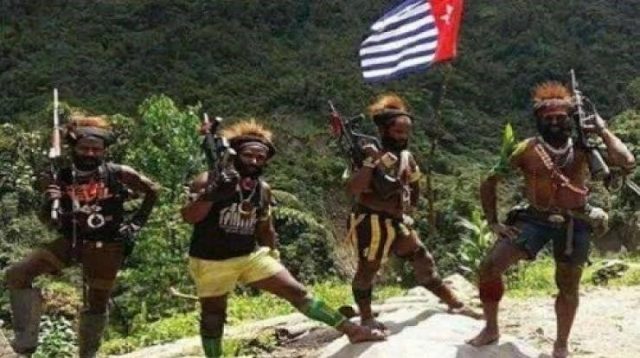 Previously, the Police Cyber ​​Patrol Team had detected a provocative call from the OPM. However, this call did not have a significant impact. The police also continue to appeal to the public not to be provoked.

Neither the Papuan community nor the leaders were affected by the provocation on social media. This proves that the Papuans and their community leaders still want peace on this Earth of Cenderawasih.

he Papuan people consider the OPM provocation gone with the wind. The majority of Papuan youths said the coldness of the people towards the December 1 commemoration was a manifestation that the OPM was increasingly being rejected by the people of Papua and West Papua.

Indeed, there are a handful of people who support the Papua referendum, such as what happened in front of the Peace Gong, Ambon City, Maluku, which was carried out by dozens of people demanding that they grant the right to self-determination for the West Papuan people and free Papuan political prisoners.

From its various demands, this group represents the political wing of the OPM, seen from the sound of demands that are not realistic for anyone to respond to, let alone the Government.

I want to call all Papuan students who study to complete their studies well because Papua is not yet fully independent in the field of education, there is no need to demand independence – Erwin Abisay (Papuan Youth Leader)

This call is certainly a manifestation of the love of Papuan figures for their homeland, the Papuan generation who understands the history of Papua will certainly not demand Papuan independence.

Meanwhile, related to the OPM anniversary commemoration, namely the arrest of 4 Mass congregants at the Catholic Church of Gembala Abepura, they were found carrying the Morning Star flag.

Statistically, it is not a large number of people who want an independent for Papua, but only a handful of “smart” people who provoke to tear the sense of unity in Papua.

If the OPM group is only supported by a handful of people, it is the opposite of the Papuan people, especially the younger generation who no longer believe in ULMWP, OPM, AMP, KNPB, and Benny Wenda.

The youth carried out peaceful actions to strengthen Papuan integration within the Republic of Indonesia through various events such as futsal competitions, worship in various regions such as Manado and peaceful actions entitled “There is no room for division, Papua is Indonesia”.

This phenomenon certainly shows that the Indonesian people are increasingly convinced that they still have their brothers and sisters in Papua as a strong nation. This development shows that many Indonesians disagree with the idea of ​​the Referendum as a solution for Papua’s case put forward by Benny Wenda.

The Papuan people have shown their commitment to keeping Papua in peace and this has been agreed upon by not making noise or sharing false news. Moreover, December is the month to prepare for the Christmas celebration for Christians. So don’t let the peace of Christmas be influenced by cheap issues.

Don’t let the peace in Papua be damaged by false information! Carefulness and wisdom are certainly needed when receiving provocative news. So that the sacredness of December will be maintained without any provocation, noise, or cheap issues that can disrupt security stability in Papua and West Papua.