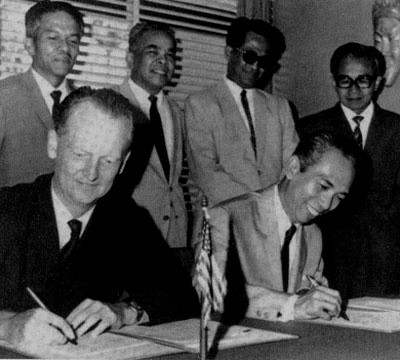 Markus Matina | a researcher at a university in Jakarta

“Papua has become part of Indonesia, before independence, and after 1945 Papuan society has entered the territory if Republic Indonesia”

The speech emphasized that West Irian (Irian Jaya / Papua) is an inviolable integral part of Indonesia. The Dutch position in delaying the handover of West Irian was a form of aggression against Indonesia as a fully sovereign state and a violation of international law.

The historical event itself took place on May 1, 1963, where officially UNTEA (United Nations Temporary Executive Authority) handed back the West Irian region which was previously controlled by the Dutch to the Indonesian government. At that time the Red and White flag was again being flown on the land of West Irian bravely.

Immediately after that, the next step was prepared, namely the Popular Opinion (Pepera) to provide an opportunity for the people of West Irian to decide their fate. The handover of West Irian back to the Republic of Indonesia on

May 1, 1963, is what we then commemorate as a historic day for the people of Papua as well as for the entire Indonesian nation.