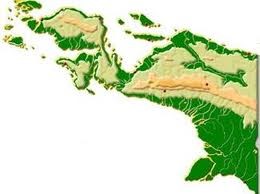 Now, for 51 years, West Irian, which is now known as Papua, has become an integral part of the Republic of Indonesia. During this period, Papua has made several important advances, especially after the reformation and enactment of Law no. 21 of 2001 regarding the Special Autonomy of Papua.

“The issues of improving human rights, progress in infrastructure, increasing regional human resources, economic equality, and accelerating development have become priorities as well as experiencing a much faster acceleration than in the previous period.”

The entire Indonesian nation must understand its history in its entirety and look at the future of Papua with optimism. All attention and potential must be directed to respond to the various challenges of Papuan development today and the aspirations of realizing the progress and welfare of the entire Papuan people. Issues of separatism, security disturbances by Papuan

Liberation Movement (OPM), internationalization of Papua’s development problems and questioning the legitimacy of Papua’s return to the Republic of Indonesia will only contra productive for the benefit of all Papuan people and will divide the unity of the Papuan people as an integral part of the Indonesian nation.