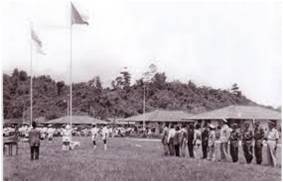 Our nation’s responsibility is to create a good and stable environment for infrastructure and human development in Papua. Until today, our country is still trying to manage it. History recorded that West Irian or West Papua has a long story to be part of Indonesia’s province. Taken from the Ministry Of Foreign Affairs of Indonesia’s official website, here is an introduction about the West Papua complicated issue.

As Indonesian, we should understand the history of Papua. How it becomes a part of Indonesia today and a long walk towards it.

Irian Jaya (Papua and West Papua Provinces) issues were a bilateral matter between the Netherlands and Indonesia regarding an incomplete process of decolonization of the Netherlands East Indies. Irian Jaya (Papua and West Papua Provinces). It was neither a separate entity nor a non-self-governing territory detached from the Netherlands East Indies. The problem arose when the Netherlands insisted on maintaining its presence in the western half New Guinea. In the beginning, there was no international dimension to this problem until Indonesia brought the issue to the United Nations in 1954 after all bilateral means had been exhausted.

Therefore, Irian Jaya (Papua and West Papua Provinces) was an unresolved question of decolonization of Indonesian territory of what was once the Netherlands East Indies. It was the disruption of the Dutch decolonization process in 1949 that led to the struggle of more than a decade by Indonesia to consolidate its territorial integrity and sovereignty over Irian Jaya (Papua and West Papua Provinces). several important events about the status of West Papua happened after the Indonesian Independence such Linggarjati Agreement in 1947, the Renville Agreement in 1947, the Roem-Van Royen Agreement of 1949, and also Round Table Conference in 1949. In line with the provisions of Article XII of the New York Agreement, the Administrator of UNTEA transferred full administrative control to Indonesia on 1 May 1963 as if West Irian issue was discussed on UN years before. The final installment of this complicated things about wether West Irian should join Indonesia or not is by Act of Free Choice in 1969.