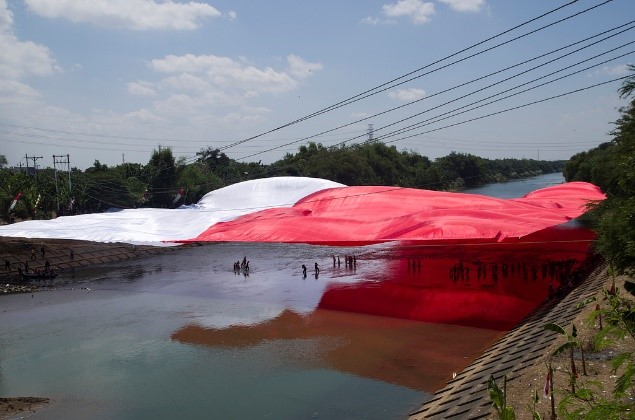 The fact that Indonesia claims the territory of Papua based on the principle of Uti Possidetis Juris is because West Papua is part of the Dutch occupation. Papua was recorded to have communications with the Maluku region in the early 16th century. In those days there was also a conflict of seizure of Raja Ampat territory with the Kesultanan of Ternate and Tidore.  In the period before the imprisonment, the Dutch tried to control West Guinea or West Papua but received strong resistance from Sultan Nuku from Tidore. Another fact which confirms that Dutch occupied West Papua was in 1828 when the Dutch built the Fort Du Bus in the bay of Trinton, Lobo. The Dutch government commissioner, A.J. van Delden declared that the area was a part of the Kingdom of the Netherlands under the name of Nieuw Guinea (Gere, 2017).

The Indonesian government insisted on Papua as the territory of the Republic of Indonesia. That thing makes Indonesia worked hard to prove the world with various efforts that Papua is part of Indonesia. The status of Papua province once was very complicated because many claims said West Papua doesn’t belong to Indonesia.

Another fact which confirms the province of West Papua or West Irian is part of the Dutch East Indies government is the establishment of Papua into its administrative region on behalf of Nederlands Nieuw Guinea (NNP). After the proclamation of independence, the territory of West Papua remained a part of Maluku administratively. On 27 February 1947, the first governor of West Irian was sworn in by the President and was from the Tidore Sultanate. The action was undertaken by the Dutch to maintain control over the territory of Papua. The Dutch goal was to make the area a shelter for Indo-Dutch descent who could not return to Holland, Dutch businessmen, or government officials.