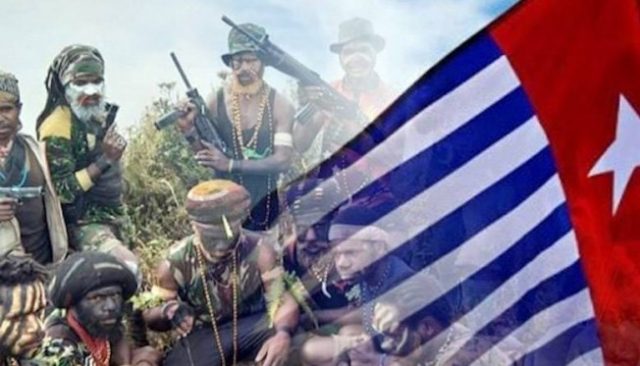 National Liberation Army of Papua Independence Organization (TPN-OPM) and National Committee for West Papua (KNPB) are the military wing from OPM, but they are also affiliated with United Liberation Movement for West Papua (ULMWP), established by Benny Wenda. This organization aims to separate Papua from Indonesia. They used various dirty acts to achieve their goal. Benny Wenda with ULMWP always spread lies and propaganda to the international society and writing provocative content to the Papuan. The commotion that happened was then used by Benny Wenda to attacks Indonesia in an international society. He said that Human Rights violation is happening in Papua, whereas the truth is Indonesian police tried to cease the commotion caused by TPN assault. Meanwhile, Benny Wenda who live in the UK gets to enjoy the international donation for his interests. His only job is traveling around the world to spread lies. That’s why even in West Papua, Benny Wenda is known as Benny Wenda the Liar, Benny the Liar Wenda, or the Liar Benny Wenda.

The movement named Papua struggle movement’ evidently hated by the local society. Their struggle acts like assaulting, logging, and spreading lies are unsettling the Papuan.

Various TPN-OPM action has unsettled the Papuan. In August 2017, a road worker named Simon Tarukbabu got shot and died in the TPN-OPM attack. They also terrorized the other worker around Tembagapura. Furthermore, Noldi Hilka, KNPB ex-coordinator of the Pegunungan Bintang region said that the funds for KNPB which was used for their activities came from civilian extortion; criminal acts such as gambling and selling alcohol; and astonishingly, the source of the fund came from a foreign party with an interest.

Besides that, the Papuan itself does not like the existence of KNP in the region. Chairman of the Yalimo Community Communication Forum also expressed his eagerness for KNPB to be expelled from its territory “We ask the government firmly and quickly drive KNPB out from Yalimo regency, do not leave any, drive all of them out of Yalimo. Only KNPB who do not like Papua to go forward and secure because they are not Papuans, KNPB is just a slave to foreign invaders.”

However, many of the ex TPN-OPM turn over supporting Indonesia. In August 2017, the Commander of TPN-OPM East Yapen, Kris Nussy, or Corinus Siseri with his followers give themselves and tell the truth to Indonesia. Corinus said that his struggle for 20 years only generates resentment from the Papuan. Even the ex OPM, Herman Yoku, appeals to OPM and KNPB to stop deceiving the people and encourage TNI (Indonesian Army) and PolRI (Indonesian Police) to act strictly to the separatist movement. Based on his experience, the dispute among OPM member regularly happen because of the competition for a position in the organization. In the 71st celebration of Indonesian Independence, 300 ex-OPM represented by Boni Telenggen expressed their gratitude to Indonesia for developing Papua.