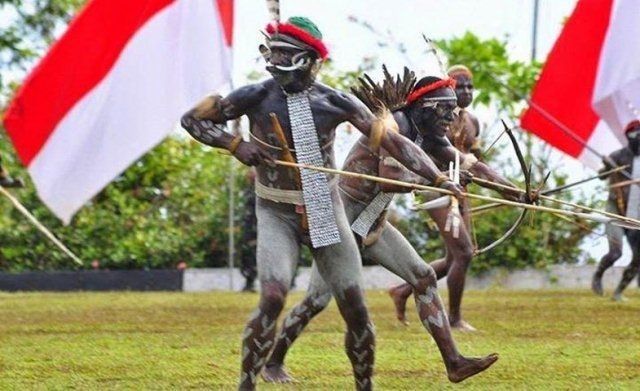 West Papua is a unique region, which consists of various ethnicities, cultures, and customs, with approximately 312 tribes, with 25 major tribes, each tribe has their sub-tribes (Aris Ananta, et.al, 2016).  Papua is known for its fertile soil, which is the home to various flora and fauna, such as birds of paradise, cassowaries, orchids, and various types of wood.

West Papua has strong ties with Indonesia since the colonization era and the years before. As the Uti Posidetis law, West Papua is the legal part of the Republic of Indonesia.

According to Uti Possidetis Juris law, the territory of the independent state is determined by the territory of imperialists who previously colonized the country (Macom Shaw, 1997).  Indonesia, colonized by the Dutch, naturally inherited the Dutch colony, which elongated from Sabang to Merauke. This fact proved West Papua as a legal territory of Indonesia.

The Dutch occupation of Papua officially began when the Dutch built an administrative post in Manokwari and Fakfak in 1898, in Merauke in 1902, then until 1937, the Dutch took control of 15 patrol posts in Papua (Ross Garnaut & Christopher Manning, 1974).  The Dutch also used West Papua to exile people who fight for Indonesian independence. History notes that after the rebellion in Java in 1926-1927, 200 prisoners were exiled in Tanah Merah, Digul (Ross Garnaut & Christopher Manning, 1974).

History has proven that based on Uti Posidetis Juris law, West Papua is the part of Indonesia. However, when Indonesia declared its independence, the Dutch did not draw their power over Papua. This then led to a conflict over West Papua’s political status. Besides, if we trace up to the kingdom era in the archipelago (Indonesia), West Papua has a strong attachment to the archipelago, both when the era of the Hindu-Buddhist kingdom, until the time of the Islamic Sultanate.