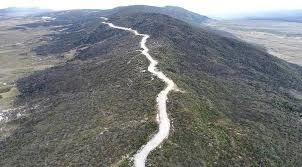 Due to the high import duties of goods to isolated areas, there is now an urgency for road improvements to lower transportation costs. Investment in infrastructure – especially road transport – is seen as the way to realizing the dream of development. The financial resources are available to the provincial government, district, and the city for infrastructure planning and investment has increased dramatically in the past decade. The provincial governments of Papua and West Papua received the fund transfer from Jakarta of approximately Rp 4.8 trillion in 2008 (increased from Rp 0.4 trillion in 2000), while the district/city government received Rp 17.0 trillion (increased from Rp 1.2 trillion in 2000). The amount for 2008 still does not include one until two trillion rupiahs from local revenue.

To support connectivity in the field of road construction, the PUPR Ministry through the West Papua National Road Implementation Center is currently completing the West Trans Papua Road Development Project. Road construction has been completed with 1,058.76 km of a total length of 1,070.62 km and is targeted to be fully open this year. A total of 68 bridges have been completed by 2016, and as many as 195 bridges will be continued until 2018.

The Provinces of Papua and West Papua, with isolated locations and small populations now facing the moments of great change. Demand for goods and services is rising

The PUPR Ministry is currently also building Raja Ampat Ring Road along the 342 km to support Raja Ampat National Tourism Strategic Area (KSPN). In 2017, the PUPR Ministry has allocated a budget of Rp 31.5 billion for the construction of the road. However, the length of the road that can be built is only 228.39 km and the rest along 113.61 km are into the reserve area.