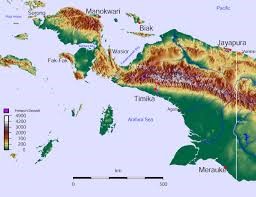 West Papuans are enthusiastic because the law itself corresponding with their vision. It provides the freedom to form political parties; guarantee the protection of customary property and recognize the validity of customary law; ensure that 80% of the forest, fishery, 70% of oil and gas revenues, and mining revenues are provided to local authorities. Besides, this law also prioritizes the Indigenous West Papuans (IP) in the employment sector. So, The governor position, deputy governor, as well as civilian bureaucracy, should give priority to indigenous peoples. Moreover, all the government agencies in Indonesia provide special quota for the West Papuan. It means that West Papuan can also sit in the central government position.

To implement the mandate from Article 12 Chapter 5 Law of West Papua Special Autonomy, many West Papuans have been sitting in the government’s strategic position, including Dominggus Mandacan and Moh. Lakotani as Governor and Vice Governor of West Papua Province 2017-2022; Irene Manibuy as Vice Governor of West Papua Province (2015-2017); Jhonny Edison Isir as President’s Adjudant;  Semmy Ronny Thabaa as Chief of Police in Tegal, Central of Java Province. In the ministerial position, there are also West Papuan such as Balthasar Kambuaya of Maybrat, West Papua Province that was chosen as Minister of Environment in 2011; Freddy Numberi of Yapen as Minister of Maritime and Fisheries Affairs (2004-2009), Minister of Transportation (2009-2011), and Minister of Administrative and Bureaucratic Reform (1999-2001); and Manuel Kaisiepo as a State Minister for Eastern Indonesian Development (2000-2001), and as Minister for Eastern Indonesia Development (2001-2004). In 2014, President Joko Widodo appointed Yohana Yembise as Minister of Women Empowerment and Child Protection. She is the first West Papua woman who sits in the ministerial position.

Next, if we want to evaluate the labor productivity, then we used the Gross Regional Domestic Product (GDRP) indicator. GRDP is the added value of goods and services produced by all economic activity in a region. In other words, the escalation of GDRP indicates a rapid economic development in a region resulted from the intensiveness of the economic activities in the area. Based on the review from the source of the labor, the Indigenous West Papuan (IP) much more contributes to the GRDP 2010 than the non-indigenous Papuan (NIP). IP contributed Rp18.075 billion since NIP only contributed Rp5.001 billion (Indigenous West Papua Profile, 2010).

Both indicators (labor participation rate and GDRP based on the source of labor) once again show the success of Special Autonomy Law which prioritizes the IP in every aspect, such as economic and government. It also testifies that the IP is more contribute and more productive in the economic sector than NIP, or in other words, the economic sector in West Papua is still dominated by Indigenous West Papua.