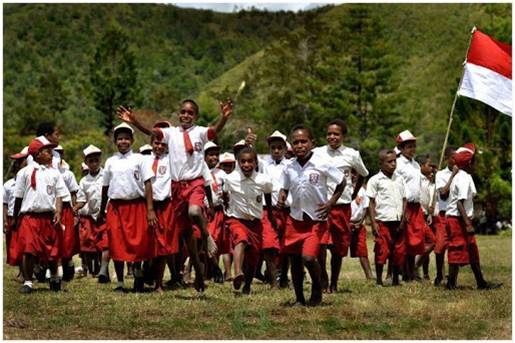 West Papua Governor Dominggus Mandacan affirmed that the special autonomy status granted to Papua and West Papua by the central government had boosted development in the provinces.

Mandacan make a statement about The special autonomy status has successfully ushered in development in Papua in the areas of education, health, and infrastructure

“The special autonomy status has successfully ushered in the development of Papua, in education, health, as well as infrastructure.”

The governor pointed out that in the education sector, several Papuan youths had got the opportunity to continue their studies, both in the country and abroad, owing to the provision of the special autonomy fund.

The fund also assisted the local authority in bringing about an improvement in health services in cities and remote areas.

Mandacan suggested the local government to conduct the development of roads, bridges, and other infrastructure as well as run various programs to empower indigenous Papuans utilizing the special autonomy fund.

However, the Arfak tribe’s chief emphasized the need to evaluate the implementation of the special autonomy status to optimize the utilization of the fund.

He also called on people to support the extension of the special autonomy status in the region, as it is still required by West Papua to expedite multi-sectoral development in the region.

“Currently, several of our children have studied in universities in Indonesia and abroad through the provision of the special autonomy fund. Let us lend support to them,” he affirmed.

Furthermore, Mandacan urged the central government to offer broader authority to the region to manage its human and natural resources.

The Megawati Soekarnoputri administration had passed a law on special autonomy in Papua and West Papua in 2001 to guarantee Papuans the right to independently manage their region politically, economically, and culturally.

As the transfer of funds will end in 2021, the House of Representatives had included the deliberation of Papua’s special autonomy status in this year’s National Legislation Program (Prolegnas) priority list.