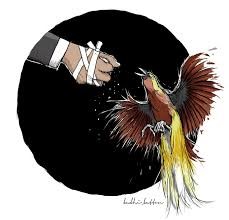 Since 2001 Papua and West Papua have received regional status with special autonomy (Otsus) for Papua through Law No. 21/2001 and West Papua through Law No. 35/2008. In addition to accelerating and catching up with development from other regions, the spirit of determining the status of Otsus is the granting of the widest possible authority to local governments to formulate, compile, and design development strategies needed by local communities or indigenous Papuans so that their rights are protected.

Nearly two decades the special autonomy status policy has been implemented. The government also guarantees that Otsus does not disappear, only that it is evaluated for improvements so that the people of Papua and West Papua will truly experience it.

The special autonomy provided by the government is like water flow, but it does not reach the community completely, is it because there is a leak in the middle of the road, so it needs to be straightened out. Therefore, it is hoped that there will be no need for suspicion from the regions.

Well, now, is the right time to evaluate so that it is better in the future. Community groups should sit together so that what the state has mandates will have a positive impact on the economic and welfare side. If there is rejection, it is normal, because the implementation of Otsus still needs improvement.

“This needs to be fixed in the future,”

According to Wempi, even if Otsus still has problems, then don’t let the expansion issues arise. Because the most important thing now is to build economic prosperity, infrastructure, humanize Papuans, so that they sit the same low and stand the same level. Therefore, the special autonomy funds and development in Papua and West Papua must harmonize human resource development and physical and infrastructure development.

Moreover, there will be a Presidential Instruction regarding the acceleration of development policies and the welfare of Papua, therefore all elements need to sit together so that Otsus can be better. What the central government hopes will be supported by the regions. According to him, a joint dialogue forum is needed, solidify it. “Don’t make a group and then come to the Center and speak in your selfish interest to confuse the policymakers.”

On the same occasion, Mathius Awoitauw, Regent of Jayapura, added, Otsus needs to be evaluated so that policies at the provincial to district level can be equal because dualism often occurs so that the Special Autonomy budget cannot be executed at the district level. This is because districts often do not have access to Otsus policies.

One of the indicators, the welfare index in Papua, is still low which indicates that Otsus has not optimally answered welfare. Therefore, in the future, it is necessary to establish a clear mechanism, who will distribute the Special Autonomy fund, how to evaluate its supervision, and discuss it carefully between the central government and the provincial government.