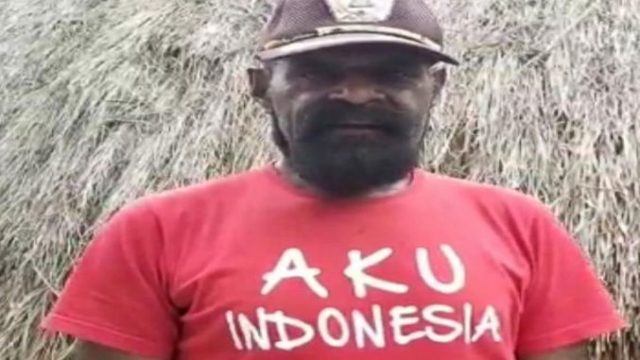 Many Papuans consisting of traditional, religious, and community leaders in Papua Province hope that the special autonomy (Otsus) which is being debated by several parties needs continuation and evaluation. The revision of Otsus is necessary so that the welfare of Papua can increase.

The people of Papua have enjoyed the positive effects of Special Autonomy. Soleman Eselo, the Yalimo community leader in Jayapura City, admitted that the implementation of the Papua Special Autonomy helps highland people to succeed in various fields.

Soleman said that he was an educator and that many students from highland communities had become officials, with the special autonomy funds his party received a lot of assistance, maybe if there was no special autonomy, the building where the Papuan children were educated was still ugly and damaged, therefore he requested that Otsus be continued to develop Papua.

Meanwhile, the religious leader Pdt Merry Lauren Wompere, who is a member of the GKI Solagratia congregation, Arso II of Keerom Regency, admitted that Otsus Papua provided better development in Papua when compared to before the existence of Otsus.

The Papuan people themselves have been granted the authority in the form of special autonomy which has been in effect for 20 years, since 2001 ago. This is based on the fact that from 1999 to 2000, a large meeting and the second Papua Congress were held, which demanded that they determine their destiny. At that time Megawati as the President of the Republic of Indonesia had signed Law No. 21 of 2001 on Papua’s special autonomy.

The specialty of special autonomy is that the government has the authority and is given a fund of 100 billion rupiahs. This fund is managed by the local government itself, for development in Papua. The injection of these funds is aimed at preventing inequality in the economic and social sector in the Papua region, and equitable development in all provinces in Indonesia.

As of March 2020, the President of the Republic of Indonesia, Joko Widodo, has held a meeting with the ministers to discuss special autonomy volume 2. This aims to evaluate the effectiveness of regulations.

The people in Papua are also waiting for the new regulation in the second autonomy region. They also hope that with the revision of the Special Autonomy, their lives will be better.

If special autonomy volume 2 is enforced, the people of Papua will ask the central government to listen to their aspirations. So they also want to be invited to meetings and meet directly with President Jokowi. This is so that the autonomy volume 2 is really on target.

Jokowi is known as the President who is quite concerned about the fate of Papua. He has also built Trans Papua roads, bridges, and other infrastructure to advance Cenderawasih Earth.

So that what is being built is not only infrastructure and natural resources. But also human resources. Where in the future they will be candidates for smart nation leaders.

Yan Mandenas, a member of the People’s Representative Council (DPR) for Papua Election, said that the revision of special autonomy is expected to show more clarity in its implementation. So that not only the large funds disbursed by the government. But there is also assistance so that later the Papuan community will know how to organize the budget. This of course will make Papua progress.

The government has also designed the Papua Special Autonomy so that the people of Earth of Cenderawasih will truly prosper. The government is also happy to hear the aspirations of the Papuan people who will oversee the special autonomy so that it can be carried out well. So that not only provides an injection of funds, but also education and more attention.

The revision of the Papua Special Autonomy is certainly necessary so that Papuan children can access education up to higher education. Because with qualified human resources, Papua can compete with other regions.

The revision of the Papua Special Autonomy is certainly necessary for the improvement and progress of Papua as a whole. This is none other than because Papua is part of the Republic of Indonesia.