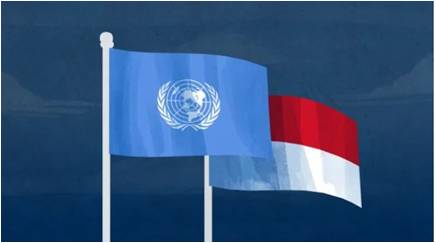 The United Nations (PBB) has rejected the planned referendum on Papua and decided that Papua is an inviolable part of Indonesia.

The decision was conveyed by the Ambassador / Permanent Representative of Indonesia to the United Nations (UN) Dian Triansyah Djani in Geneva, Hasan Kleib.

The decision was made during a public debate for the candidate countries for the Human Rights Council in Geneva. During the event, Indonesia received some questions regarding the Papua referendum from various parties.

On September 10, 2019, in New York, the Indonesian Permanent Representative to the United Nations in New York, Dian Triansyah Djani met with the UN Secretary-General, António Guterres to discuss the latest developments in Papua, and the status of Papua’s sovereignty from the UN perspective. The results of the meeting are as follows:

Seeing this condition, it can be concluded that the United Nations continues to support Indonesian sovereignty over Papua, thus closing the chance for a referendum for KSP leaders and sympathizers.

However, the statement on the issue of sovereignty is not a question and also confirms that the UN will continue to pay attention to Papua in other issues such as welfare, poverty, human rights, health, education, etc.