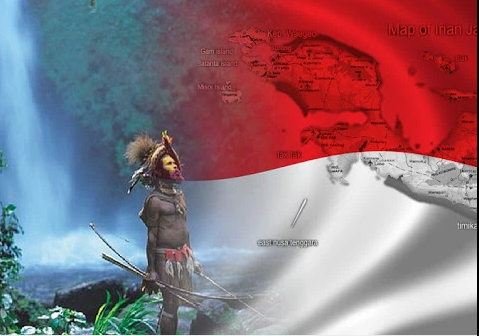 The wealth of natural resources as well as the richness of culture and art in Papua is a matter of pride for Indonesia, Papua is rich with natural resources that promise opportunities for commerce and development. The vast land is filled with forests, the sea, and its various biotas and millions of land suitable for agriculture. In the stomach of the earth also stores natural gas, oil, and various minerals that are just waiting to be explored. Apart from natural wealth, Papua also has a lot of unique arts and culture such as dances, clothes, and also traditional houses that often attract the attention of tourists when visiting Papua.

Papua, or what is known as the Earth of Cendrawasih, is part of Indonesia until its death

There are still some Indonesian people who label the Papuan people with negative stereotypes. As a result, Papuans experience racial and ethnic discrimination that does not wear. The situation experienced by the Papuan people has indeed become a concern, which cannot be ignored. So far we have heard a lot that the Papuan people are considered as “troublemakers”, “less beautiful”, or even the worst is that during the riots that occurred last year, to be precise the day before the 74th Indonesian independence celebration, we were shocked by the siege of the Papuan student dormitories Surabaya. The incident was preceded by a demonstration by a community organization that suspected that Papuan students had vandalized the Red and White flag, which resulted in a man from Papua being called a “monkey”. Some of the demonstrators shouted racist sentences that sparked demonstrations in major cities in Papua and West Papua. They raised a debate that had been latent, namely the hidden racism issue among Indonesians.

The fact that this racism comes from within our own country is contrary to the ideology and identity of Indonesia which upholds Bhineka Tunggal Ika. However, the topic I will discuss here is not to describe the negative comments and behaviors experienced by the Papuan community by their fellow countrymen. The riots that occurred one year ago caused many Indonesians to open their minds and hearts to our brothers in Papua. Starting from various speeches that support the rights of the Papuan people as part of Indonesia so that racial and ethnic discrimination does not occur again. The oration was also supported by several humanitarian organizations such as NGOs and other groups that departed from various layers and groups of society.

People who do not go directly to the streets to give speeches also do not remain silent, starting from netizens and artists who often spread messages of peace for our brothers and sisters in Papua through hashtags popularized on various social media platforms, such as Instagram and Twitter. The hashtags #sayamonyet, #lawanrasism, #papuanlivesmatter, and #papuauntuknkri, are a form of support and empathy to fight racism and a form of hope that peace and justice will be met for the people of Papua. The government’s role also played a part in handling the case. Previously, President Joko Widodo (Jokowi) had also asked the public to forgive each other regarding demonstrations that turned violent in Manokwari and Sorong, West Papua. He also emphasized that the government will maintain the honor of Indonesian citizens, including in the Papua and West Papua regions.

One of the concrete forms that I experienced that tolerance towards the Papuan people had improved a lot, namely when I attended one of the student meetings in 2019 in Yogyakarta. At that time, students from Papua came and were very warmly welcomed by other students from outside Papua. Their tremendous efforts to come from the most Eastern part of Indonesia to the island of Java and their enthusiasm for education is a personal inspiration to me personally. The cultural performances performed by them are also the most eagerly awaited agenda for students from various regions in Indonesia.

This shows that the awareness of the Indonesian people to fight racism for the brothers in Papua already exists and is quite large. In my opinion, if this awareness is carried out slowly and consistently, it is not impossible if we will become a more tolerant society and no longer show racism. Papua, or what is known as the Earth of Cendrawasih, is part of Indonesia until its death. All Indonesian people should have the right to be recognized and feel safe in their own country, indiscriminately.