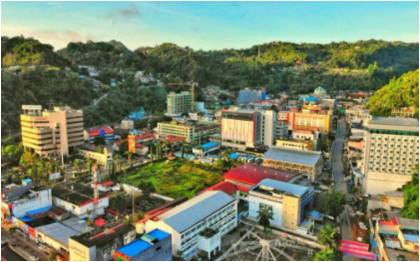 Currently, the focus of the central government’s attention is on Papua. President Joko Widodo’s commitment to strive to realize development in the infrastructure sector. With this commitment, the government strives to develop the easternmost region with some perceived limitations. The question is, who should build Papua’s future?

The answer, we just leave it to the Papuan people themselves. As the coordinator, the central government must carry out strong coordination with local communities to build infrastructure in various regions in Papua. Indeed, it is time for the Papuan people to embrace together with other Indonesian citizens to develop their regional areas independently. It is not influenced by the whispers of certain parties who have an interest in making Papua escape from the Republic of Indonesia.

Regarding this problem, President Joko Widodo is determined to continue to contribute to building infrastructure in the West Papua region, especially in the area that connects the Arfak Mountains. Even the Deputy Minister of Public Works and Public Housing (PUPR), Wempi Witipo, appreciated President Joko Widodo’s commitment to developing Papua.

The government has even built the Hamidi-Holtekam Bridge infrastructure in Jayapura City. Ideally, the commitment to build Papua must be realized with concrete evidence. Not only spoken with promises to attract the attention of the Papuan people. This is because the promises and attitude of “looking for face” to the Papuan people are stale and no longer salable.

Moreover, Papuans are intelligent and many have received academic degrees (bachelor’s). Highly educated communities like this are an asset for the Papuan community to be used as a means of accelerating the development of infrastructure independently.

With the construction of the Hamidi-Holtekam Bridge in Jayapura City, it means that the existence of this big city in Papua is no less than the infrastructure of bridges built in other cities in Indonesia. The bridge that has been built by the government is a means of connection for smooth transportation from one place to another in Papua. The bridge infrastructure has been built. At least, the Papuan people must maintain and care for the results of this development. If the potential and function touch the interests of the community, the condition will be able to improve the livelihood of the Papuan people.

Apart from that, Papua also has a wealth of natural resources, such as the agate mine from Mount Cycloop in Jayapura Regency and the proud Raja Ampat Sea.

According to a senior researcher from the LIPI Political Research Center, Siti Zuhro, President Joko Widodo’s efforts to prioritize infrastructure development in Papua have the right political impact. At least as an effort to reduce social unrest in the region. For example, the government builds infrastructure from the edge to the middle (from villages to cities), so that it is beneficial for the welfare of the community.

By building infrastructure and materials in the field of education, the impact will raise the dignity of the people’s lives. This is what makes Papuans proud

With this directed effort in the field of development, it is hoped that it will be able to contribute to the welfare of the Papuan people themselves. Automatically, it will restore the Papuan people’s trust in the central government (to the president). When President Joko Widodo visited Irai Village, Anggi District, Arfak Mountains District, West Papua Province, he had a close dialogue with the local community. In this regard, it seems that Jokowi is committed to building infrastructure in the region. With this commitment, the community (for sure) will wait for its realization.

Because as previously disclosed, promises made by unscrupulous officials are no longer being sold. That’s because the Papuan people are smart and able to achieve the highest education in the world of academic education.

In addition to the several focus on infrastructure development that has been carried out, we hope that the government must focus on the development of infrastructure in the education sector. For example, increasing the number of school and college buildings to remote areas. In this way, people in rural areas will be elevated as Indonesian children who can build social strata in their regions. This commitment deserves our attention. Because Papua is Indonesia. Therefore, the social strata of society must be equal to educated people from other regions.

Like skin and flesh, if the two were separated from the attached structure, anyone would scream in pain. So, no particular group or nation is capable of separating Papua from the Republic of Indonesia.

Although certain parties seem to care about Papua, the indications are only camouflage. They want to annex and control Papua.

NKRI’s commitment is a fixed price, it must be realized in Papua. By building infrastructure and materials in the field of education, the impact will raise the dignity of the people’s lives. This is what makes Papuans proud.