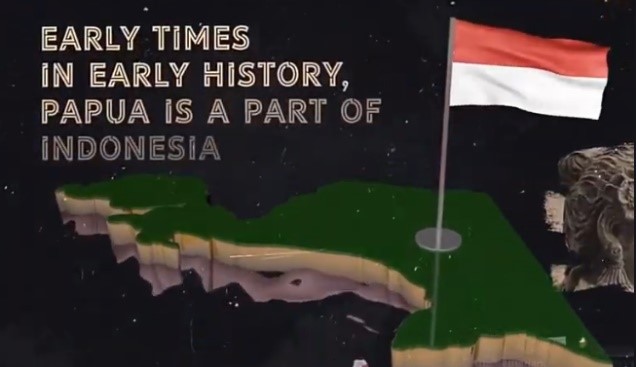 Talking about Papua, an area at the eastern tip of the archipelago of Indonesia, debates will always arise. One of them is related to the presence of this country there since 1961 when President Soekarno declared the Tri Komando Rakyat (Trikora). At that time, Indonesia was considered to have carried out an illegal occupation or invasion of Papua. Those who were not happy with Bung Karno’s order to return Papua (West Irian at that time) accused Indonesia of forcibly annexing Cendrawasih and then occupying it like a colonial colonizer. Responding to various accusations from several irresponsible parties regarding whether Indonesia carried out an illegal occupation of Papua, it seems that this needs to be rectified.

Before issuing such an opinion, we must understand the historical side, both before the Popular Opinion (Pepera) and after the Act. The Act was recognized by the United Nations through UN Resolution No. 2504. The Papuan people also agreed to join the Unitary State of the Republic of Indonesia (NKRI). Thus, we can conclude from the above premise. Historically, the facts above cannot be denied, that Indonesia has never occupied Papua illegally, let alone carried out colonialism.

Then, long before the Pepera, during the struggle against the Dutch colonialists, many Papuans later helped the struggle. Call it Papuan activists, such as Marthin Indey, Silas Papare, Corinus Krey, Wattebossy, etc. They even learned a lot from national figures, such as Soekarno, Mohammad Hatta, Sugoro, and Syahrir, who was exiled to Boven Digul, including political prisoners in Serui, Dr. Gerungan “GSJA” Sam Ratulangi, and L Tobing. During the independence war, Indonesian nationalism figures were exiled to Papua. The struggle of these Papuan leaders is an effort based on an understanding that they have been colonized by the Dutch and have an interest in building Papuan nationalism, together with Indonesia.

Furthermore, in terms of international law, Indonesia also obtains international recognition, which is one of the conditions for a country, apart from having a territory, government, and society. The whole world recognizes Indonesia as a country, with Papua as a province. There is not a single country that does not recognize Indonesia from Sabang to Merauke. Until now, we are still members of the United Nations and are currently trusted to be non-permanent members of the Security Council.

Also, if Indonesia was a colonizer, we would not give Papua special autonomy (Otsus) which is implemented in Law no. 21 of 2001 regarding Otsus Papua. According to the law, regional heads must also be native Papuans. The financial assistance provided by Indonesia to Papua is greater than the Papua Regional Budget that is deposited with the central government. A total of 94 trillion Special Autonomy funds have been disbursed by Jakarta to Papua since 2001. Next year, Special Autonomy Volume II will also be given to Papua again to continue development in the region. This is proof that Jakarta has never been colonized, it has made it prosperous.

Thus, the Papuan people have great authority to determine how their regions are managed, under the spirit of the Regional Autonomy Law and the spirit of decentralization. If you reflect on the colonial policy, the colony couldn’t be given this much authority. Government administration arrangements will be largely controlled by the colonial state. Conditions that never happened in Papua.

Departing from these facts, the conclusion is only one: “Indonesia is not a colonizer in Papua”. The colonizers couldn’t provide the benefits and concessions that Indonesia had provided for Papua. The colonialist character is colonialist, meaning that they will exploit their colonies for their gain. Existing Indonesia has even provided financial assistance to Papua, where it means prosperity, not colonialism. Besides, the leadership of the government in the colony must also be held by the original colonialists themselves. In Papua, regional heads must be native Papuan sons/daughters.

Finally, the occupiers couldn’t have support from the United Nations and the international community, especially in this modern era, where human rights and the right to self-determination have been recognized and practiced worldwide. If Indonesia colonized Papua, it was impossible to get legitimacy from the United Nations. So, once again if someone accuses Indonesia of being a colonizer in Papua, they may be living in a past that is not history. We can straighten sentiments negative image about Papua, that Indonesia is prosperous, not colonial.