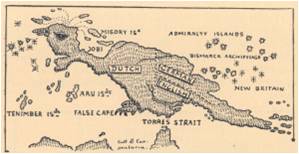 Without Papua, Indonesia is like a body without other important organs. Therefore, as owners of the country, we must be proud to have various advantages bestowed by God Almighty. The first President of the Republic of Indonesia, Soekarno, considered that the easternmost island was part of the most important organ that could not be separated from Indonesia.

In the past, Papua was called West Irian. Or if in the Netherlands, Nederland Niieu Guinea. The island of Papua has a very large area even if it is like a torso, Papua is one of the most important organs for this country. With a loud voice, in front of the Dutch colonial government, Soekarno stated, which human would not scream when the tip of his finger was cut off with a sword?

That’s Papua. Indonesian flesh blood which is at the very end of Eastern Indonesia, like a black pearl that has a beautiful sparkling. With Papua, Indonesia is increasingly rich in culture, ethnicity, language, and natural resources. It seems that Soekarno’s spirit and sense of belonging to Papua were not without reason. Because as part of the body of Indonesia, Papua, and other regions, they both suffered and bled in the grip of the Dutch colonialism.

As part of the Dutch East Indies territory, in recognition of its territoriality, Papua is part of the Republic of the United States of Indonesia.

Therefore, this nation’s struggle to return Papua from the grip of the Dutch to Indonesia is so hard and firm. At the Round Table Conference (KMB) at the end of 1948, the Dutch refused to hand over Papua to Indonesia. The reason is that, traditionally, Papuans are considered by the Dutch to be very different from Indonesians. Soekarno offended. In a loud voice, he said, “Why? Are the Papuan people more like Dutch people with red cheeks, corn hair with freckled skin? ”. Hearing this, the Dutch envoy could not talk much. Finally, the island of dreams returned to Indonesia.