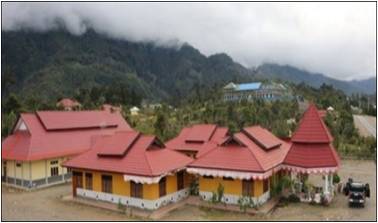 Tantowi Yahya (Indonesian Ambassador to New Zealand) condemned the atrocities committed by the KKB against the TGPF Team in Intan Jaya, Papua Province of Indonesia.

According to him, the shooting targeting TGPF has added to the list of atrocities of terror and separatism that have occurred in Papua.

“The international community needs to see this from a broader perspective. The Papuan separatists who often accuse human rights crimes, it turns out that these atrocities came from themselves”

Tantowi assessed the shooting was because the Papuan separatists were worried about the facts that could be revealed if TGPF completed its duties.

It is known that Tantowi, who was the Indonesian Ambassador to New Zealand, had once also conveyed his stern warning against the KKB when the workers of PT. Freeport Indonesia on behalf of Greame Thomas Wall at the end of March 2020.

As previously reported, the Indonesian government formed a TGPF consisting of a combination of military, civilian, and academic members to be able to reveal the death of Pastor Yeremias Zanambani and other victims consisting of 2 members of the TNI and 1 civilian in the shooting incident last September 2020.

The TGPF investigation process continues. TGPF has investigated a series of shooting cases that killed 2 TNI members, 1 civilian, and 1 priest. Benny Josua Mamoto (Chairman of the Joint Fact-Finding Team) A total of 25 witnesses have been questioned. 24 witnesses were met in person and 1 person only used the telephone. Benny said his team did not go directly to the witnesses for security reasons. His party will continue to coordinate with local officials regarding the progress of the investigation.