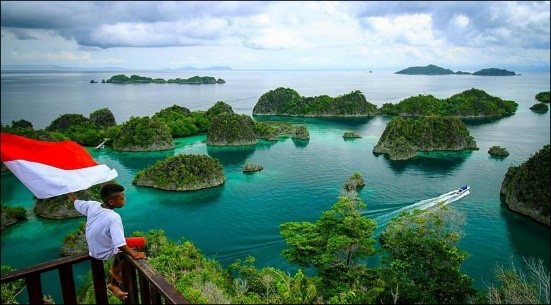 The accusation that the security forces (TNI-Polri) committed human rights violations (HAM) in Papua are baseless. As we already know, on social media, even online media statements that state that the Indonesian security forces have carried out a lot of torture, murder, extortion, all of which have resulted in accusations of human rights violations in Papua by the state through its apparatus.

But the problem is not that simple. Human rights violation is a serious accusation which is not easy to prove. Do not let the efforts of the criminal separatist movement that want to threaten the sovereignty of the nation and state distort this fact. The fact that the security apparatus only wants to maintain security and order in Papua is misinterpreted as an act against the law, such as committing human rights violations. For that, let’s learn a little about the legal side of an incident called a human rights violation.

In the next article, article 8, the definition of the crime of genocide is any act committed with the intention of destroying or destroying all or part of a national group, race, ethnic group, religious group, in the following ways: Killing group members; Resulting in severe physical and mental suffering on group members; Creating conditions for group life that will result in physical destruction in whole or in part; Imposing measures aimed at preventing births within the group; or Forcibly transferring children from one group to another

Then, according to Article 9 of the same Law, the definition of a crime against humanity is one of the acts committed as part of a widespread or systematic attack where it is known that the attack was aimed directly at the civilian population, in the form of: murder; extermination; Slavery; Forced eviction or transfer of residents; Arbitrary deprivation of freedom or other physical freedoms which violate the basic provisions of international law; Torture; Rape, sexual slavery, forced prostitution, forced pregnancy, forced sterility or sterilization or other equivalent forms of sexual violence.

Persecution of certain groups or associations based on equality of political understanding, race, nationality, ethnicity, culture, religion, gender, or other reasons that have been universally recognized as prohibited under international law; Enforced disappearance; or The crime of apartheid (differentiation of skin color).

As long as the provisions above stipulate, there will be no genocide and crimes against humanity committed by the security forces against the Papuan people. Judging from how genocide and crimes against humanity were committed, the state can’t do these things in Papua, which is part of the Unitary State of the Republic of Indonesia (NKRI). The presence of the state in Papua is the same as the presence of the state in all regions of this republic. Instead, what we need to ask is why there are accusations like this. Is this just provocation and cheap propaganda created to discredit the army, police, and the state of course?

In Papua, there are more cases of illegal shootings, kidnappings, seizure, the murder of security forces, and other criminal acts committed by individuals who want Papua to be independent of the Republic of Indonesia. They do not understand human rights law, as the author has answered above, but speak as if the state violates human rights. That is the importance for us as a society to understand an incident or case in the field with a cool head and open mind. Pay attention to the facts, then carefully filter any information you get. The state cannot possibly violate the human rights of its people. In fact, without society, the state would not exist.