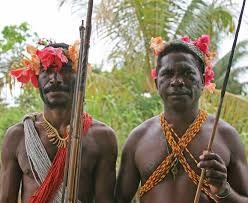 Pros and Cons of the continuation of the Papua and West Papua Special Autonomy program is still continuing and has received various responses from the community. In fact, the Otsus program, which has been provided by the central government since 2002, has had a positive impact on the development and welfare of the Papuan people. Especially development in the infrastructure sector and the community economy.

Various components of Papuan society continue to voice their support for the Otsus program, which will end in 2021, to continue.

Such as the support conveyed by the Chief of the Wambena Village Tribe, Depapre District, Jayapura Regency, Daserona.

“People who talk a lot and only argue that Otsus failed, indicating that he is a lazy person, not creative and unable to innovate and weak in fair competition,” Daserona accused.

In fact, said Daserona, various government assistance was channeled as motivation to encourage people to develop according to their professional fields.

“People who reject the continuation of Otsus mean people who don’t want to develop,” he accused again

In fact, the Otsus program aims to accelerate economic development, increase the welfare and progress of the Papuan people.

“Let us unite to build a better future for Papua”