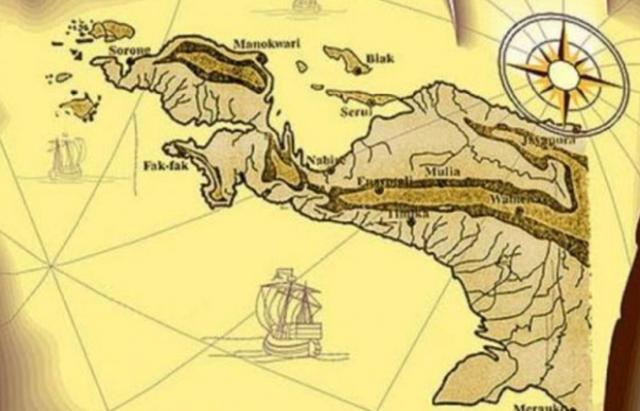 The creation of the Special Autonomy Law was caused by challenging problems in Papua. For more than five decades, the government has shared ways, one of which is to open the autonomy approach with promised agreements, one of which is regional regulations, namely the Special Autonomy Law. The discussion about autonomy held when JP Solosa was the Governor of Papua in 2000, which created the idea of ​​special autonomy. It was discussed until the enactment of this law by the government in 2001. Despite the controversy regarding the pros and cons, Jokowi in 2017 reopens discussions related to special autonomy.

The policies and regulations of the Special Autonomy Law are also a bright light for Papua’s future that the benefits are perceived today.

Proven by several government efforts, one of which is the funds. Data from the Papua Public Expenditure Analysis book stated that as much as 50% of the General Fund (DAU) is allocated to Papua, and in 2005 as much as 88.8 trillion has been budgeted for this special autonomy. The purpose of this budget is to deal with several problems that occur in Papua, such as health problems, education, and also to support infrastructure development. These funds are used in programs according to support the welfare created in society.

The government’s plan to extend the special autonomy period until 2021 has been welcomed by the Papuan people. The plan regarding the distribution of funds will reportedly also be discussed through the revision of the Special Autonomy Law. The community is very supportive of this program because it is proven to improve welfare, especially in terms of development in Papua. The proposal for regional expansion after the Special Autonomy Plan II was well supported by one of the original Papuan children, one of whom was Albert Ali Kalibay. The chairman of the DPD Pemuda Mandala Trikora, Papua province, also invited and appealed to the public to support the implementation of this Special Autonomy volume II. He said the special autonomy volume II was still needed by the Papuan people, especially in increasing the capacity of Human Resources (HR).

However, Ali reminded the government to continue to evaluate the contents of the special autonomy, so that the contents are not confused and avoid misunderstandings, especially the interests played in the regulation. In this case, the reduction of interest in it must be highlighted. It is common knowledge that since this special autonomy was created, it has attracted the attention of opposing groups and does not favor the state. One that we know is the OPM group. Ali also hoped that the problem of corruption, which often involved security forces working with opposing groups, would be eradicated from the root. The government must prioritize the Papuan people in the prosperity of their province. With the many Papuan children involved in their evaluation, it will make it easier for the government to understand and hear Papua’s desire to become a developed province and be entitled to the rights that Papuans have been waiting for.

The Special Autonomy Revision that is carried out must also be the most important momentum to be carried out so that it has a direct impact on the Papuan people themselves, especially regarding transparency and clarity regarding the budget issued by the government because development in the easternmost part of Indonesia is indeed very much needed for equity. development so that Papua has the same competitiveness and capability as other regions. All the benefits resulting from this special autonomy will also provide an open way for Papua to demonstrate its ability to become a developed region

With the existence of special autonomy volume II, there are many opportunities for the Papuan people, one of which is by taking part in the political world in Papua. It will be an opportunity for indigenous Papuans to serve as regents, governors, and others, which will make it easier for Papua to develop more because they are led by leaders who know the territory and character of Papua itself. Besides, the funds provided will also increase, which will benefit Papua in expanding its expansion and increasing Papua’s development needs, particularly in improving infrastructure for the development of the tourism sector in Papua.

Education in Papua will also be easier to achieve and accessible because more and more schools will be building. It is one of the wishes of children in Papua to be able to go to school. Besides, this fund will make it easier to get scholarships for Papuan youths/girls to take education to a higher level. It also hoped that the extension of the special autonomy able to eradicate health problems. In Papua itself, there are quite a lot of diseases, especially malaria, which is most common in Papua with a lot of cases. Completeness of hospital facilities will be one of the most important things and must also be applied to support overall public health. The positive benefits of Otsus for Papua is perceived.