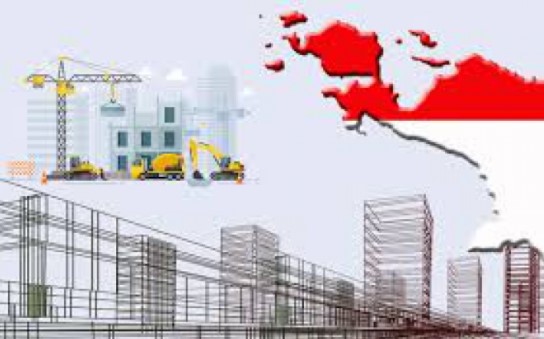 The special autonomy (Otsus) for Papua should have received support from many parties because the existence of this special autonomy is considered capable of making Papua and West Papua more advanced.

Chairman of the People’s Consultative Assembly (MPR) of the Republic of Indonesia, Bambang Soesatyo, gave his support so that in revising Law Number 21 of 2001 on Papua’s special autonomy, one of the results could be to place the law as lex specialis.

He said that the Special Autonomy Revision carried out by the government with the Indonesian Parliament was carried out to ensure that Papua and West Papua still receive special autonomy funds. At the same time ensuring that development continues to increase.

On different occasions, the Coordinating Minister for Political, Legal, and Security Affairs Mahfud MD said that the government had discussed the Papua special autonomy (autonomy) with the assembly and Papuan community leaders. Mahfud concluded that more than 90% of Papuans did not question special autonomy.

Meanwhile, the Chairman of the Indonesian People’s Consultative Assembly for Papua, Yorrys Raweyai, emphasized that his party remains committed to assisting the government in resolving various problems that have occurred in Cenderawasih, especially towards the end of Papua Special Autonomy in 2021.

He revealed that at that time the Indonesian MPR for Papua received an agreement with the Coordinating Minister for Political, Legal, and Security Affairs together with the Minister of Home Affairs, the National Police, and the TNI Commander. This means that the MPR for Papua is trusted to be a facilitator and communicator regarding the Papua issue between the central and regional governments.

He said that Otsus is a process of building body and soul. Therefore, the good things that have been obtained from special autonomy, such as in the education sector which is an investment in human resources, continue to be improved. On the other hand, he agreed that to get better, it is necessary to listen to the aspirations of AOP so that Otsus can run better.

Papua Police Chief Inspector General Paulus Waterpauw considers that special autonomy needs to be continued because it has made a lot of progress. He is also ready to communicate with those who feel disappointed with the implementation of special autonomy so far.

He admitted that he had traveled around Indonesia, and no other area got a specialty like Papua. Of course, it is very unfortunate if this good policy is rejected.

Meanwhile, Papuans are also getting more educated. Not a few Papuan youths are studying in several countries in the world thanks to scholarships from the central government.

The President of the Republic of Indonesia, Joko Widodo, has also ordered his staff to evaluate the effectiveness of distributing special autonomy funds to the Provinces of Papua and West Papua. This is because the funds that have been disbursed by the government to the two regions are quite large.

Special Autonomy for Papua Volume II is a form of government concern for Papua, especially in the fields of human resource development, education, infrastructure, and health. With the many benefits that can be obtained, the Papua special autonomy must of course continue.