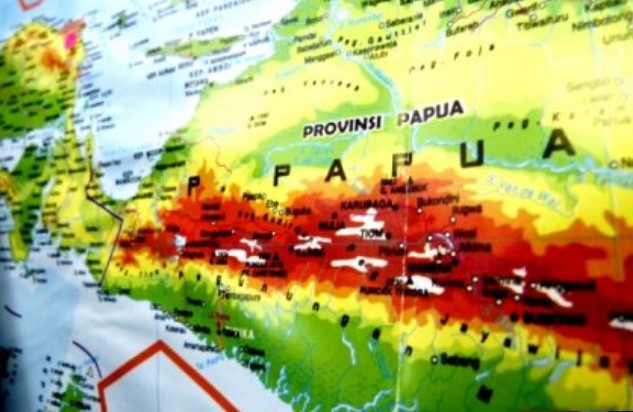 The existence of the Special Autonomy Law was caused by the very challenging problems in Papua. Over the last five decades. The government has shared ways, one of which is opening the autonomy approach with the promised agreement, one of which is regional regulations, namely the Special Autonomy Law. The discussion about autonomy was only discussed when J.P Solosa was appointed Governor of Papua in 2000, which created the idea of ​​special autonomy which was continuously discussed until the promulgation of this law by the government in 2001.

The policies and regulations of the Special Autonomy Law are also a bright light for Papua’s future and their benefits are felt today. This is evidenced by several government efforts, one of which is the flow of funds

Based on data from the Papua Public Expenditure Analysis book, it is stated that as much as 50% of the General Allocation Fund (DAU) is allocated to Papua. The purpose of this budget is used to deal with several problems that occur in Papua, such as health problems, education, and also to support infrastructure development in Papua itself. Besides, these funds are also used to support programs according to the needs of the Papuan people to support the welfare created in society.

However, in the success of the Special Autonomy, the President of the West Papua Baptist Churches Guild and the founder and member of the Papuan Church Council, Rev. Dr. Socrates S Yoman, stated that the implementation of Law Number 21 of 2001 on Papua Special Autonomy was dead. This can be seen from the failure of the law to prevent violence, violations of human rights, and racial discrimination against indigenous Papuans.

We as indigenous Papuans say Papua’s Otsus has failed. We as a church, as voice holders of the mandate of God’s people, trust us to convey that Otsus has failed. We from the Church Council conclude that Otsus is dead. Yoman assessed that during the Otsus Papua was dwarfed only as infrastructure development in the form of roads or buildings. Even though all parties must understand that Otsus Papua was born as a result of political negotiations between the Indonesian government and indigenous Papuans demanding the right to self-determination through a referendum.

Pastor Yoman’s statement is unfortunate. A servant of God should not be involved in politics, let alone attack a policy made by an official and sovereign state, namely Indonesia. The implementation of Otsus is not yet dead. The government and the legislature agreed to continue with Special Autonomy Volume II by only making revisions to funding and plans for regional expansion in Papua. Concerning funding, I strongly agree that Otsus funding must be evaluated, the reason is that Otsus funding is still regulated under the law made 20 years ago. Of course, with the current changing budget conditions, evaluation related to Otsus funding certainly needs to be done.

Also, quoting the solid opinion of the Special Staff of the Sixth President of the Republic of Indonesia Susilo Bambang Yudhoyono, Velix Wanggai, through the special autonomy fund, development in the land of Cendrawasih has benefited the community. Not only is the economy positively affected, but the social and cultural sectors are also participating. Velix also revealed that infrastructure development is carried out with a cultural approach. This is because infrastructure has a social, economic, and cultural role.

This cultural approach is proof that the government has not forgotten the role of religious leaders in Papua. Without their contribution, Otsus could never be maximized. Otsus is only a dead policy if all elements in Papua do not live it. For that, we should regret the opinion of Pdt. Socrates if he says that Otsus is dead. We hope that religious figures seem to be able to contribute to living Otsus so that it can be enjoyed by all people on Earth of Cendrawasih.

Furthermore, Velix also added that infrastructure has social value. He said that with the construction of markets, small cities automatically play a role as a place to bring together various ethnic Papuans. We have a deeper meaning about infrastructure. Among them, community-based infrastructure development such as sanitation provision, raw water supply, etc. Here the state is present for regional or community economic development such as airports, ports, roads, and others, a cultural approach is needed by adopting economic or commodity development. The infrastructure supports economic centers which have an impact on reducing expensive (lowering prices). Among them, the Raja Ampat area as a tourist destination developer by building supporting infrastructure such as airport expansion. Establishment of special areas by encouraging the development of ports, international airports, etc. That is why the implementation of Otsus is very lively, especially accompanied by a cultural approach.