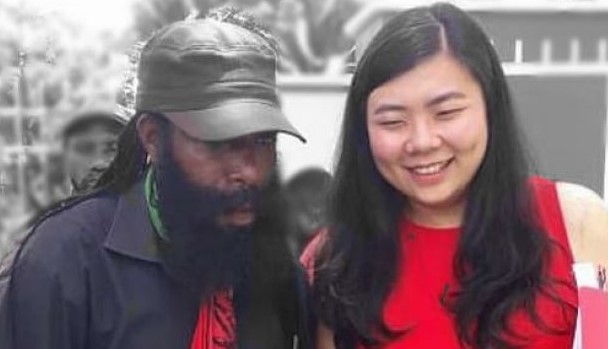 Veronica Koman is a name that often adorns the mass media in Indonesia when it comes to Papua issues. This LPDP alumnus, who was recently asked to return the LPDP scholarship fund for violating its use, spoke out loudly regarding the government committing human rights violations in Papua. Koman currently doesn’t dare to return to Indonesia and chooses to stay in Australia.

It is interesting for us to discuss, are Koman’s accusations related to the state that has committed human rights violations to Papua based or not? First, we look at the individual actor side, namely Veronica Koman herself. Psychologically, the accusations he has made could be the culmination of his activities as a human rights activist. Since his career at LBH Jakarta, Koman has been active in voicing issues related to human rights. That is why psychologically the nuances of human rights violations in Papua can be politicized for their interests as someone who has fought for human rights from the beginning of his career.

Such conditions make Koman feel that he can take advantage of public opinion that does not benefit the state. The perception that there are human rights violations committed by the state in Papua is twisted in such a way as to enlarge and bring benefits to itself. As a result, Koman received international acclaim as a figure who dared to voice respect for human rights against his own country.

International public opinion also believes that there are human rights violations that have occurred in Cendrawasih Earth, especially since Koman has a reputation and track record as a human rights lawyer

Koman’s success in playing the perceptions of the international public earned him the world stage and was allowed to settle in Australia.

However, that is one problem. Koman’s accusation should have been submitted in Indonesia considering that, if there was any, the locus of the alleged human rights violation was in the Indonesian jurisdiction. Once again, if there were any, the Indonesian legal apparatus should be investigating the alleged human rights violations. This is what makes Koman sociologically recognized because the large hoax he conveyed seemed to have received the “blessing” of the community and politically he was able to play with the international public’s perception of human rights violations in Papua, but not from Indonesia, but other countries.

Third, legally, continuing from my previous opinion, Koman cannot make accusations of human rights violations from other countries and ask Indonesia to be tried for it, let alone support an independent Papua. Allegations of human rights violations and an independent Papua are two very different things. Legally, Koman’s reluctance to return to Indonesia sets a legal precedent that everything he says is a lie.

The untruth of Koman’s arguments is legally clear because he doesn’t exist in Papua either. Koman only uses online news that says there are human rights violations in Papua. The reference media were also media that discredited the government for having an agenda of separation from the Republic of Indonesia. Koman should have the courage to come to Indonesia and take legal steps to investigate allegations of human rights violations by the country, not to sing from neighboring countries.

The facts above are the reasons why I should take the courage to respond to baseless accusations from actors like Koman who just want to pursue their personal and group agendas. There is no sincere intention to serve the nation and state, especially after receiving a scholarship from the LPD, which is a state institution. In fact, after receiving the Koman scholarship, Koman often cornered the government with its absurd boasting.

I understand that violence often occurs in Papua, but we also have to look at it from another perspective. The actions taken by the state were a response to the initial violence committed by individuals who were not responsible for luring the security forces to commit these acts of violence. It is not the security apparatus if they do not act repressively to maintain security in Papua, even safeguard the sovereignty of the state, against those who threaten the people and delegitimize state authority. We must also understand that there are elements such as the Papuan Separatist Group (KSP) who take advantage of incidents like this to pursue the independence agenda.

Koman is very good at playing this baseless issue for her own sake. However, as smart as Koman was, it wouldn’t last forever. The public must understand that Koman is only provoking his interests, not the nation and the state. In fact, from childhood, we learned that prioritizing the nation and state is far more important than our interests. A statement that I think Veronica Koman forgot when she took her basic education in Indonesia. Our duty together to make him aware.