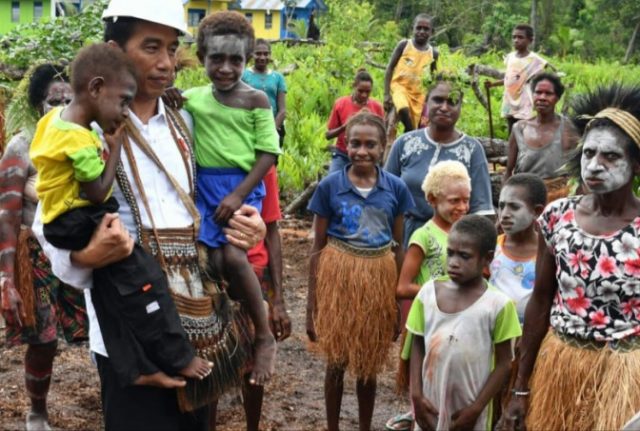 Papua’s status as an integral part of Indonesian sovereignty is very strong, both in terms of legal, political, and international support. Referring to the principle of uti possidetis Juris which is recognized as international law to determine the boundaries of the newly independent state following decolonization, Indonesia has the right to Papua territory which was previously a colony of the Dutch East Indies since 1828. Likewise, referring to the results of The Act of Free Choice ( self-determination) or the determination of the people’s opinion (Pepera) in 1969 which is democratic and representative in Papua which gave birth to UN resolution No. 2405. The results of this Act is valid according to the 1962 New York Agreement and the decision of the UN General Assembly through Resolution 2505 on 19 November 1969. For this reason, Papua’s status as part of Indonesian sovereignty is not only strong because of the decisions of the Papuan people themselves, but has been recognized by the community. International and the United Nations. Based on these considerations, of course, there is no single reason that is strong enough to challenge the NKRI’s claim to its sovereignty in the Papua region.

Likewise with the response of Pacific island countries that are members of the Melanesian Spearhead Group (MSG) such as Fiji, Papua New Guinea, Solomon Islands, and Vanuatu which fully recognize the sovereignty of the Republic of Indonesia from Sabang to Merauke. For MSG member countries, the Papua problem is an internal problem for Indonesia and is nothing more than a matter of a development process that has not been effective since decolonization took place when Papua decided to return to the bosom of the Republic of Indonesia. The MSG’s stance has not yet reached the level of recognizing the Papuan community’s right to self-determination as claimed by the ULMWP.

Indeed, until now no country has given open recognition to propaganda for an independent Papua

However, we need to be careful and keep all Papuan people from being provoked and incited by the propaganda of independent Papuan activists who incessantly spread hatred against the Indonesian government and manipulate facts that can mislead the community. The development of Papua as the aspirations of the Papuan people must continue. Therefore, assertiveness is needed to deal with illegal and anti-NKRI groups by using various instruments deemed necessary in the corridor of law and national interests. Also, the government needs to strengthen the capacity of foreign diplomacy to garner international support in fighting the propaganda of activists for independent Papua and their sympathizers in international forums. Whatever is at stake, nothing is too expensive to safeguard the sovereignty and integrity of the Republic of Indonesia. Not a single country in the world, not even a country that claims to uphold human rights and democracy, will remain silent against all forms of threats both domestically and abroad to its sovereignty and national interests.