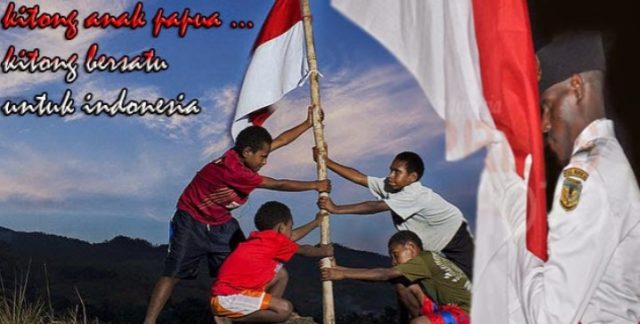 Head of the Center for Performance Analysis of the Development Planning Agency (Bappenas), Velix Wanggai said that the Special Autonomy Bill will use 3 approaches, in the third point it is stated that, the Papua regional government includes completely new strategic points, which were not previously regulated in Law 21/2001. Therefore, there are several “new things” that will be put forward in the Papua Special Autonomy Bill. Some of the “new things” proposed to look so strange and far-fetched, for example, the article on the establishment of a Governor-General institution that is positioned above 2 Governors of Papua and West Papua Provinces. Indonesia does not know the Governor-General system, besides that the motivation for the formation of this Governor-General is not clear, therefore the draft regarding the Article of the Governor-General was abolished.

Another controversial article is the establishment of 1 MRP for the two Provinces, Papua and West Papua. The Papuan provincial political elite wants the MRP to oversee the two provinces, while the West Papua provincial political elite wants the MRP to be formed in every province on the island of Papua. The MRP itself is an institution whose members are indigenous Papuans who are equal to the DPRD. In the material of Law Number 21 of 2001 concerning Special Autonomy, Chapter V, Form and Structure of Government, it is explicitly stated that the main pillars in the administration of the Papua Province government consist of three components. The three components are the Papua People’s Representative Council (DPRP / DPRD), the Regional Government (the governor and his apparatus), and the MRP. The DPRP serves as the legislative body, the Provincial Government as the executive, and the MRP as the cultural representative body for indigenous Papuans. The position of the MRP in each province in Papua will optimize the performance of the MRP so that it can continue to coordinate with the executive and legislative branches, besides the MRP in each province, the indigenous peoples in the area will be more represented so that the MRP is not just an institution without performance.

Another article that is no less controversial is the formation of regional political parties. I see there is a good spirit in this article, namely as a means of strengthening re-integration and socio-political reconciliation in a unitary state. However, in my opinion, the option of local political parties in Papua is still premature for Papua at this time, due to several things as follows:

I believe that Lukas Enembe, as the Governor of Papua, has good intentions in proposing the Papua Special Autonomy Bill. But to advance Papua is not enough with good intentions alone, it requires proper execution on every front. The submission of the Special Autonomy Bill should not be submitted in a hurry, it needs an in-depth evaluation within the Papuan government bureaucracy so that mistakes in Otsus which are claimed to fail are not repeated. Further research is needed on “new things” such as local political parties, for example, whether they are appropriate to the conditions of the Papuan people so that these “new things” that initially have the spirit of fulfilling the rights of the Papuan people do not add to the problems in Papua. As said a female director from Russia, Sonya Leviaen who said “Good Intention Are Not Enough”.