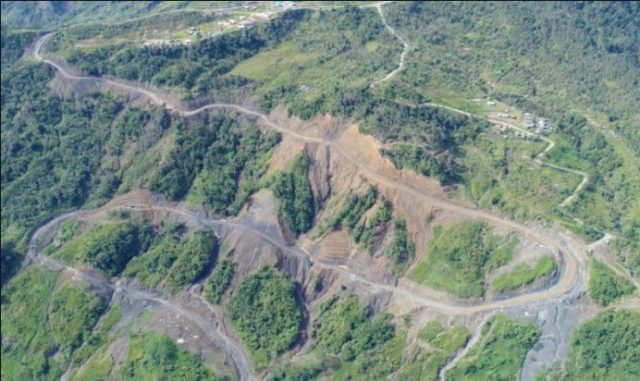 Papua has now become a developed area since President Jokowi led Indonesia. There are various infrastructures in Cendrawasih Earth such as the Trans Papua Route and the Hamadi-Holtekam Bridge. The infrastructure is not only a display but is made for the welfare of the Papuan people.

Papua and West Papua used to be synonymous with provinces that had a lot of virgin forests and their transportation was rather difficult, due to natural factors, so they had to use airplanes. This condition makes the price of goods there much more expensive than in Java. Even the price of 1 sack of cement can reach 1 million rupiahs because the transportation costs are very expensive.

However, currently, the price of cement has been reduced to half. All of this is because the roads in Papua have been constructed, making it easier to transport raw materials. One of the main routes that can speed up the passage of trucks loaded with building materials and reduce transportation costs is the Trans Papua Road.

The Trans Papua road is built along 4330 KM, from Sorong to Merauke. The construction of this road is not for fashion, but the government has made it for the welfare of the people on Earth of Cendrawasih. Apart from reducing transportation costs and ultimately lowering the price of finished goods, this road also speeds up the time when Papuan civilians will travel.

Currently, residents in Walarek Village only need a day and a night (on foot) to go to Elelim, the capital of Yalimo Regency. Before this road existed, it took them up to a month to get there, because they had to walk through dense forest.

With the short travel time between regions, in addition to lowering the price of goods, the population will also prosper. Because they no longer have trouble when going to sell to the city. They can ride a pickup truck while carrying their wares without worrying about going through a long route, thanks to the Trans Papua Road.

Likewise with the Hamadi-Holtekam bridge. A 1328 meter long bridge connects Jayapura with Skouw. The red color on this bridge enhances its appearance and has become a tourist object that attracts many tourists, both local and foreign.

From Jayapura, tourists can also go to the border between Indonesia and Papua New Guinea and see a very beautiful park. With the enchanting natural blend of the Earth of Paradise, they are enchanted by the beauty of the plants there. Because tourism on the border of 2 countries is very unique and different from the others.

The existence of the beautiful Hamadi-Holtekam bridge and easy access to the border will benefit the people of Papua. Those engaged in the hospitality sector will earn more money because hotels and motels are full of foreign tourists. Food and souvenir sellers are also splashing their fortunes because they are always overrun by tourists.

Apart from the Trans Papua bridge and road, another infrastructure built by the government is Sentani International Airport. If the airport is of international standard, then foreign tourists will trust it, and go straight there without transit. The number of tourists will increase and can increase the amount of foreign exchange for the local governments of Papua and West Papua.

The financial capacity of the Papuan people will increase because they will benefit from the various infrastructure built by the government. They are starting a business for lodging, culinary, souvenirs, or something else, and are sure to show good results. Because there is already a market share, namely local and foreign tourists.

The infrastructure built in Bumi Cendrawasih, such as the Trans Papua Road, Sentani International Airport, and the Hamadi-Holketam Bridge, can make the Papuan people prosperous. Because they have good road access and shorten travel time. The price of finished goods has dropped because they can be transported by land, not by air as it used to be.