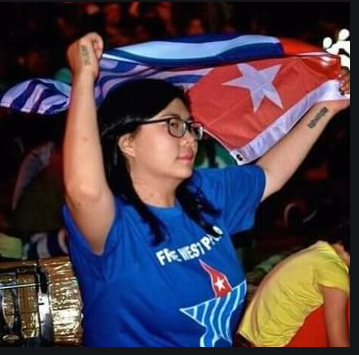 Since the discovery of the Grasberg mine in 1939 by a Dutch geologist, Jean Jacques Dozy, Papua has attracted the attention of many people. Its land is rich in gold and mineral ores, making Papua continue to be raped for decades during the New Order era.

Papuans are left ignorant and backward so that they do not claim rights to their land and natural resources. Military aggression continued there. And because of tremendous pressure from the former government, resistance was formed from the Papuan people who pledged themselves to the Free Papua Organization or OPM on December 1, 1963.

Since Jokowi took office, the wounds in the hearts of Papuans have been trying to heal. Jokowi is building massive infrastructure on the land of Papua, as well as raising a special autonomy fund of tens of trillions of rupiah for Papua, to be used for development in the fields of education, economy, and health.

Papua during the Jokowi era was paid attention to, to pay for the mistakes of the government in the past which prioritized violence in solving problems rather than equality

Even so, there are also Papuans who remain dissatisfied and want to be independent. They usually belong to the OPM, which the government now calls the KKB, or Armed Criminal Group. The term KKB replaces the term OPM because the Indonesian government does not want the Papua issue to develop into an issue of territorial separation, but rather the business of armed criminal groups.

And indeed there are many criminal incidents in Papua on the grounds of wanting to separate themselves from Indonesia. Many civilians became victims simply because they did not agree with this armed group controlling their territory. Recently even a priest was shot by this armed group and it was rumored that this murder was being carried out by the army.

One person who became the motor of the criminal organization movement on behalf of Papuans was a woman who was a lawyer named Veronica Koman. Veronica Koman was a student who received a scholarship from the government through the LPDP or the Education Fund Management Institute. She then went to school in Australia on the responsibility of the government with a mission to return to develop Indonesia.

But what happened after she returned to Indonesia, Veronica Koman built a relationship with the Free Papua Organization. Starting from activities in the name of Human Rights, Veronica Koman began to move closer to the organization and defend them in every problem.

The name Veronica Koman became known when there was a commotion at a Papuan student dormitory in Surabaya and clashes between Papuan students and residents in Malang, East Java. The Surabaya case then turned to the issue of racism after Veronica Koman repeatedly wrote on Twitter with provocative and propaganda writing. As a result of the deflection of the issue, Papua became heated and racial riots occurred in several areas in Papua.

Many suspects that the incident at the Papuan dormitory and the rioting in Papua was part of an organized and systematic setting because the timing of the incident was so close that it seemed as if there was a frying pan to increase the scale of the riot.

The riot in Papua was successfully suppressed by the police and the police named several provocateurs as suspects. One of them was Veronica Koman, who at that time was the attorney of the West Papua National Committee or KNPB. Veronica then fled to Australia where she has remained until now.

The interference of foreigners like Australia in our domestic affairs is not new. We remember that they also played a big role in the movement in Timor Leste so that the territory was separated from Indonesia. Until now, Timor Leste has not become a stable country but instead is one of the 10 poorest countries in the world.

I wonder what happened to our grandparents during the struggle. They bled to unite Indonesia to become a unitary state. They sacrifice their lives for a noble goal and goal for the future.

But surely there are among them who prefer to be traitors, by selling the name of the country for the sake of interest. They are the traitors, born here, raised here, find food here. But in the end, when he was offered something that could satisfy his lust, he chose to sell his brothers.

Veronica Koman, you could say, is a traitor model to the country that has been around for a long time ago. For her, Papua is just merchandise. It is neatly wrapped so that foreigners are interested in buying. From there she gets a monthly fee in the name of humanity.