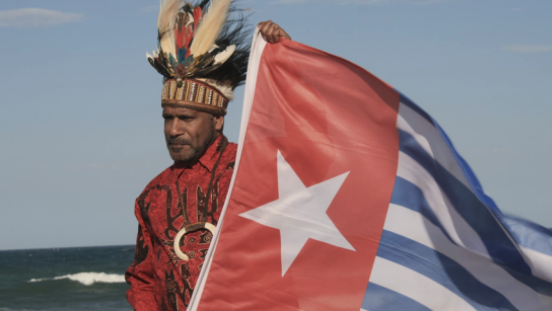 One of the leaders of the Papuan separatist movement, Benny Wenda, continues to provoke Papuans to leave Indonesia, especially onward of December 1, which is known as the OPM Anniversary. But we Papuans reject such kind of provocation from Benny Wenda, who is part of the absurd movement.

Benny Wenda as Chairman of the United Liberation Movement for West Papua (ULMWP) said that he refused to submit to the Republic of Indonesia and rejected Papua’s Special Autonomy (Otsus) from Indonesia. ULMWP instead adopted a temporary constitution for its organ. This organization is seeking a referendum in West Papua to be separate from Indonesia that constitutionally and historically wrong.

However, it seems that people in Papua and West Papua questioned the existence of Benny Wenda both in Indonesia and abroad. Although there were opinions and political propaganda abroad, including in Melanesian Race countries, it was not that relevant for Papuans and West Papuans.

Benny Wenda has also campaigned for the issue of colonialism in Papua that continues to be carried out by activists and supporters of West Papuan independence. However, it seems that the campaign does not have a significant effect because almost all countries in the world recognize that Papua is an integral part of Indonesia.

European Director I of the Ministry of Foreign Affairs of Indonesia, Ida Bagus Made Bimantara (Sade), firmly stated that various issues in Papua are entirely domestic affairs and all countries understand and respect Indonesia’s position. Sade explained, almost 99.5% of the governments in the world recognized and respected the integrity of Indonesia, emphasizing that Papua was part of Indonesia, and there was only one country that still questioned Vanuatu.

He also emphasized that Papua now has political freedom, because there have also been regional elections, presidential elections, and extraordinary autonomy policies that have much helped the progress of the land of Papua.

One Papuan figure who lives in Manokwari, Wilson, said that Benny Wenda was not part of the Papuan community or part of the Unitary State of the Republic of Indonesia (NKRI). He emphasized that the Papuan people want justice and prosperity, not the idea that was issued by Benny. Wilson also said that Benny Wenda had become a British citizen. Therefore, his people do not care about Benny’s steps that mislead to provocation.

Wilson considered that Benny Wenda was a high-class provocateur. However, He stated that he is not provoked by what Benny said was not following the actual problems of the Papuan people, so it would be better if Benny Wenda was a good citizen, whether British citizen or Indonesian citizen.

Benny needs to know that the government has provided BBM at the same price as in other regions in Indonesia, that transportation access and infrastructure continue to be built, such as educational facilities and health facilities.

While the figure of Benny Wenda, who continues to herald the Papuan independence campaign, actually Benny never contributed to Papua, on the contrary, asked for donations to fly abroad.

We must remember the history of the nation, that Papua is a part of Indonesia that has been fought for by all national heroes from various ethnicities, races, religions, and languages

Ondoafi Waena, the Chairperson of the Papuan Red and White Front, said his party firmly rejects all activities of political groups that aim to destroy our sense of brotherhood, the Papuan people, and the Indonesian nation.

Benny Wenda did not get the sympathy of the West Papuan people because of his provocation. It proves that the people in Papua have the determination to remain loyal to the Republic of Indonesia and Pancasila.