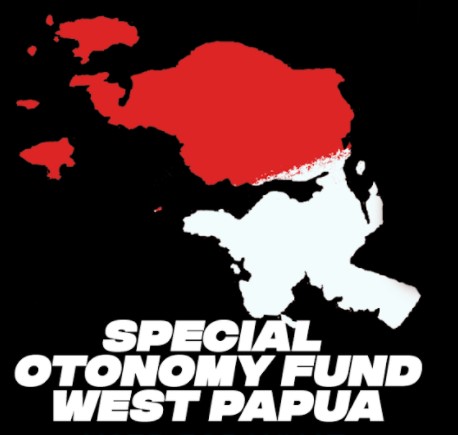 The land of Cendrawasih (Papua) is currently a developed part of Indonesia, thanks to the rapid development there. When Papua is prosperous with Indonesia, there is no longer any reason for the separatists to rebel. Because the evidence is that Papua is very different from 20-30 years ago, and Jayapura has become a modern and metropolitan city.

Indonesia consists of various provinces, including Papua and West Papua. From the island in the form of a bird of paradise, stored crops, and wealth natural resources. Tanah Papua has the potential for wealth. The people are also happy because the current government is very supportive of its processing.

The situation in Papua today is far different from that in the old or new order era. Now on Earth of Paradise, progress has been seen. Start from Jalan Trans Papua, a very decent school building, to other infrastructure. So that in Papua is not only a deep forest but also a rapidly developing metropolitan city.

Alberth Norotouw, a former member of the Free Papua Organization stated that if Papua is prosperous and the rebellion has to be terminated. According to the man who is familiarly called John, in the past, separatists wanted Papua to be independent to make the region prosperous. But now it turns out that in Papua there are more rich and prosperous.

So that OPM should not show off on his birthday next December 1. Because why do you aspire to an independent Papua, if currently the Earth of Cendrawasih region is very privileged by the central government? Just give up the dream of building the Federal Republic of West Papua, because when it united with the Republic of Indonesia, Papua progressed rapidly.

So now there is no need for provocation to unite with the separatists and to unite the Morning Star flag on the OPM anniversary. Karen has no use that Civil society could be halted because they are considered to support OPM, so don’t just join in but don’t know what it means.

According to John, who is now active in houses of worship, Papua is already prosperous because of the special autonomy program. In that sense, the granting of privileges by the central government has allowed the Papuan people to receive fresh funds of up to trillions of rupiah to develop their territory. Also, the governor and mayor must be indigenous Papuans.

They also receive scholarship funds so that they can go to school and study as high as possible. Also, special autonomy makes Papuans healthier because many hospitals are built and equipped with good health facilities. There are also Puskesmas in the Village and District so that when a community is sick, they don’t have to bring a motorbike to Jayapura for treatment. They only need to go to the Puskesmas which provides reliable health workers.

At present, the separatists have to keep their eyes wide open to progress in Papua. So they stopped the action and returned to the bosom of the Republic of Indonesia. If you surrender properly, the authorities will not do anything. Now many separatists have repented. They live in peace, without the hassle of having to fight again.

When Papua is more prosperous thanks to the special autonomy program, the people will be more developed and happy. They can pass the Trans Papua route and the Youtefa Bridge smoothly. Separatists should see progress on the Earth of Cendrawasih and stop their actions so that Papua becomes more harmonious, peaceful, and modern.