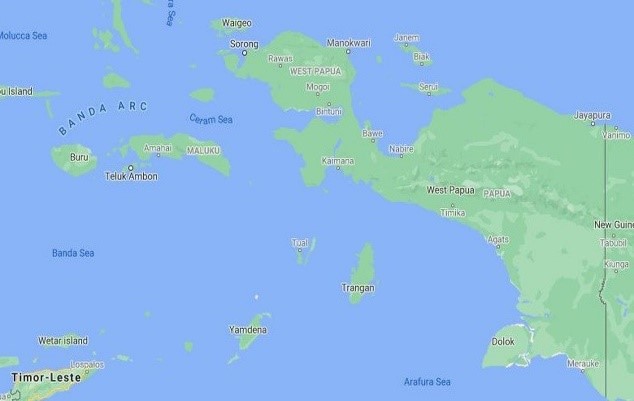 The Government of Indonesia, through the Revision of Law 21 of 2001 on Special Autonomy for Papua Province, contains one important point, namely related to the expansion of the administrative area in Papua Province. In fact, the Coordinating Minister for Political, Legal and Security Affairs Mahfud MD emphasized that currently the government is preparing to increase the Papua Special Autonomy (Otus) fund, which was only 2 percent, now to 2.25 percent.

This addition aims to expand the area according to the applicable statutory procedure so that the government can be managed more regularly by more people in the future. Mahfud MD also said that regional expansion was also contained in a Presidential Regulation on a welfare approach to dealing with problems in Papua which is currently being prepared and studied by the government.

Mahfud emphasized that the two efforts were carried out for one purpose, namely the welfare of Indigenous Papuans (OAP).

These two efforts demonstrate the seriousness of the Government in evaluating and reformulating the Papua Special Autonomy so that it is right on target in the welfare of the Papuan people. However, in fact there is a group of people who continue to provoke plans for regional expansion which are considered an effort to disintegrate Papua. In fact, these community groups have certain interests that divide Papua and disturb the Papuan people.

According to a member of the Regional Representative Council (DPD) from West Papua, Filep Wamafma, the expansion of the Papua region will not have a bad impact on the Papuan people and will not necessarily lead to a disintegration of discourse.

The division of the Papua region has the potential to create positive impacts on the community if it is structured in accordance with the needs of the community. The Papuan people are the main stakeholders whose wishes must be followed, this will be the key to success in gaining community support for the implementation of Special Autonomy for Papua Volume II.

Regional expansion followed by equitable and equitable development will prevent disintegration efforts. The success of development is also the responsibility of all parties in the regions. The expansion will also be able to marginalize the Papuan people if it is done well.

However, we need to realize that regional expansion is not necessarily the wish of most Papuans today. Do not let this be used by interest groups with non-Pancasila ideology to provoke the public in rejecting the draft of the Papua Special Autonomy Law Volume II.

Responding to this, it is important for the Government to optimize persuasive efforts in educating the public about the benefits of regional expansion, which is one of the points in Special Autonomy for Papua Volume II.

The government needs to prioritize interactive dialogues with the community so that people feel that their aspirations are heard and the government is able to formulate steps that are right on target.