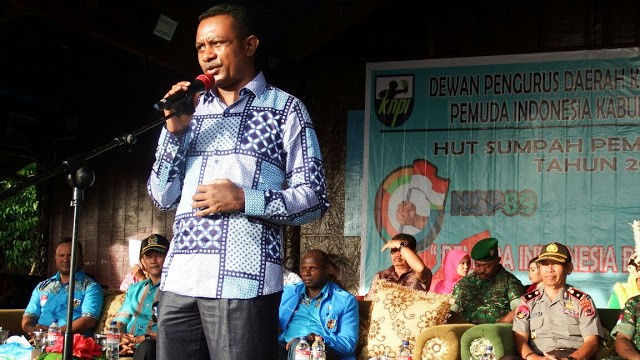 The Papua Special Autonomy Policy (Otsus) has provided tremendous benefits for the Papuan people. The policy implemented in accordance with Law Number 21 of 2001 has utilized a budget of up to 126 trillion rupiah. This proves the commitment of the Central Government to touch the development of Papua, both in terms of human resources and infrastructure.

However, in the midst of the discussion on Special Autonomy for Papua Volume II at the moment, there have been various kinds of agitation and propaganda from separatist groups to obscure the evidence of the benefits that the Papuan people have received from the implementation of Papuan Otsus so far. None other than this, groups affiliated with this international network have certain goals and interests that justify various means to achieve their goals, even to commit acts of violence.

In fact, various traditional and religious institutions in Papua have also benefited from the Special Autonomy fund. So that almost all aspects of the life of the Papuan people, such as the education, health, infrastructure, and community economic empowerment sectors, have been touched by the Papua Special Autonomy fund.

Unfortunately, according to Thomas, the various benefits of the special autonomy policy are not supported by good socialization by the provincial government. The Provincial Governments of Papua and West Papua should open data to the public about what has been done through the Papua Special Autonomy policy from 2002 to 2020.

To be able to inform the various positive achievements of the Papua Special Autonomy policy, the Regional Government must increase its capabilities in terms of socialization. The implementation of socialization can be done by optimizing current socialization instruments such as the use of social media.

The involvement of Papuan youth networks can be the key to the successful dissemination of the achievements of Papua’s Special Autonomy. By inviting Papuan youth who have succeeded in getting a decent living through the benefits of Papua’s Otsus will be an inspiration and proof that Otsus Papua is successfully targeting small communities throughout the region.

In addition, the dissemination of information related to Presidential Instruction (Inpres) No. 9 of 2020 concerning the Acceleration of Welfare Development in the Provinces of Papua and West Papua must be further promoted because this is evidence of the great desire of the Government in evaluating the implementation of Otsus and listening to the wishes of the Papuan people.

By delivering positive news about Otsus Papua, the younger generation of Papua will not be carried away by hoaxes, provocation and political agitation from certain groups who do not fully see the benefits of Otsus Papua.