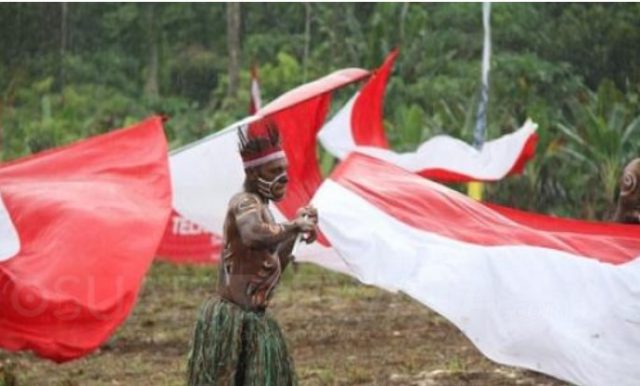 Recently, the international community, particularly eastern Indonesia, has been shocked by the discourse on the Papua referendum. Finally, efforts to achieve Papuan independence were carried out in 2019.

Reporting from the statement by the spokesman for UMLWP, Jacob Rumbiak in 2019 that Papuans actually do not want to hold a referendum, but the Indonesian government’s policies are wrong and inappropriate for Papuans at the discussion forum at the University of Melbourne in response to the statement of the Coordinating Minister for Law and Security Affairs of the Republic of Indonesia Wiranto his statement that there was no more chance for a referendum for Papua and West Papua as a response to the demonstration held by Papuan students in Jakarta in the context of addressing the siege of the Papuan student dormitory in Surabaya on 19 August 2019.

In addition, this interim government led by Benny Wenda will take over the government in Papua and as soon as possible hold elections. In international events, ULMWP will represent the Republic of West Papua. Benny Wenda added that the presence of the Indonesian government and military in Papua was illegal.

As stated in article 1 and article 2 according to the 1949 Geneva Conference Protocol, Papua should be built with a humanitarian approach through human rights and a humanitarian approach to security. The current condition of Papua is that there is an armed criminal group, namely the Free Papua Organization as the driving force to achieve Papuan independence.

It should be noted that it is said to be an armed criminal group because the specified criteria have been met. The criteria for armed criminal groups include: lack of a clear command hierarchy; does not have the ability to supervise the controlled area; carrying out military operations spontaneously; and not under the terms of Protocol II of the 1949 Geneva Conference.

Law Number 39 of 1999 as the basis for human rights law. Human rights law itself is a law that regulates the protection of the rights of individuals and groups that are protected by the international community for violations committed by the government or security forces or non-security forces.

In human rights law also regulates the right to self-determination and is clarified in Additional Protocol I of 1977 concerning either the liberation movement over colonial or non-governmental areas and separatist movements in a state that is already ruling.

In responding to the current situation and conditions in Papua, it needs to be understood that Papua is struggling with a “New Form of War” due to internal conflicts involving issues of identity (race, ethnicity, culture and oversight by the state). In responding to this issue, the state often involves the military in law enforcement efforts in Indonesia where the region, which from an international perspective is very vulnerable to human rights violations.

Apart from that, it is necessary to remember that the problem in Papua is not a problem of weapons but a need to improve a decent life and increase the dignity of the Papuan people as a whole so that they can stand on an equal footing with other ethnic groups in Indonesia.

In fact, in Papua there are several areas of life that require more attention to create security for the Papuan people, namely: the economic sector: unemployment, living wages, job security, and poverty; food: the availability of the rights of the Papuan people regarding access to food; health: health insurance and services; politics: terminating all forms of human rights violations, including discrimination, criminalization, exploitation and elimination of the ethnic division of labor.

With these efforts, security and humanity encourage individuals to live freely, safely and properly. In accordance with the results of the United Nation Millenium Summit 2000 regarding Human Security, it produced three main points, namely: Freedom From Fear; Freedom From Wants; and Freedom To Live in Dignity.

So that the Papuan people can actively participate in government and be able to get access related to the openness of resources and the necessities of life and to get health and welfare insurance. Therefore, it is time for all elements of the Indonesian nation to pay attention to, acknowledge and maintain relations with the Papuan people through humanitarian and security approaches to minimize and even eliminate the risk of conflict.