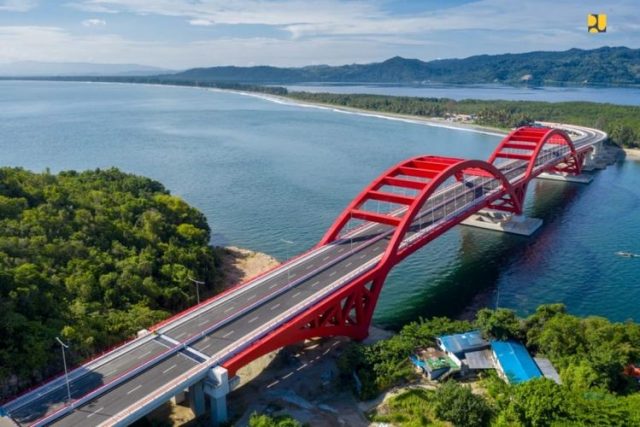 Special Autonomy (Otsus) for Papua was born with the aim of improving the welfare of indigenous Papuans. Through Otsus, indigenous Papuans can become masters in their own regions, giving rise to hopes and solutions for the future of the nation. In the era of President Joko Widodo’s administration, various breakthroughs were made through the Papua Special Autonomy, including infrastructure development to improve connectivity between regions. President Joko Widodo’s attention by paying more attention has pushed infrastructure in Papua to progress.

According to the Deputy Minister of PUPR, John Wempi Wetipo, if anyone thinks that Otsus has failed, it is not because of Otsus itself, but more because regional officials are not transparent and cannot implement Otsus. Meanwhile Freedy Numbery, a senior Papuan figure added, the concept and policy of the Special Autonomy was a great step taken by the state for Papua. However, the regulations are great, but when it is not followed by good bureaucracy, it becomes chaotic.

“Otsus is a great idea for Papuan children, therefore it needs the right approach and better supervision”

It is undeniable that Otsus has brought many benefits to the Papuan people, ranging from access to food, economic access, education, health services, housing, provision of clean water, communication, and sharing of other infrastructure.

The central government is not playing games in making improvements to Otsus. So far, since it was implemented from 2000 to the present, over 20 years the amount of special autonomy funds for Papua has reached Rp. 126.9 trillion, which is focused mainly on 30 percent for the education sector and 15 percent for the health and nutrition sector. The amount of the Special Autonomy fund shows the commitment of the Government of Indonesia to the development of Papua.

Meanwhile, a member of the DPD Electoral District of West Papua, M Sanusi Rahaningmas explained that the welfare of Papua is very dependent on Papua’s Otsus. In the course of this, the people of West Papua have gotten many things from the special autonomy program.

The President’s Millennial Special Staff (Stafsus), Billy Mambrasar, assessed that the Papua Special Autonomy (Otsus) program has succeeded in improving the quality of life of the Papuan people. Billy and his friends have conducted a survey of 550 millennial Papuan children. The survey results showed that 67 percent of Papuan millennial children stated that Otsus was not a failure but needed improvement. Meanwhile, another 20 percent said it had not been successful, and the rest said there had to be improvements.

Based on these data, most Papuans consider Otsus to have a positive impact and hope that Otsus will continue with improvements. Therefore, according to Billy, monitoring and evaluation of the special autonomy program needs to be carried out in a sustainable manner, so that local governments can work according to their standards and with the right steps.