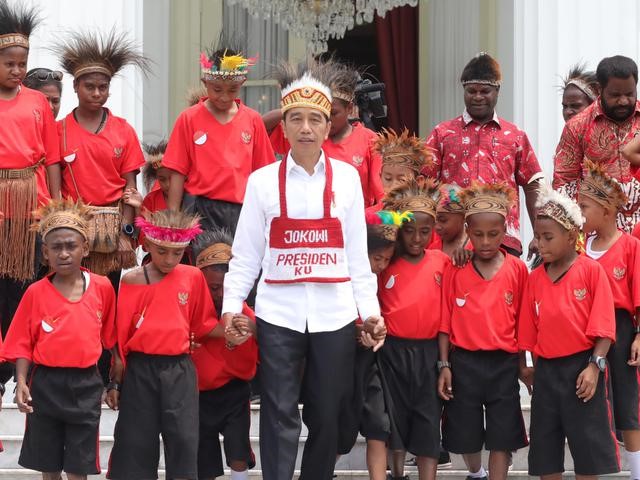 It has been nearly 20 years since the implementation of Law Number 21 of 2001 concerning Special Autonomy for Papua has provided various positive benefits for the development of the welfare of the Papuan people. However, according to the Amungme Tribe community leader in Mimika Regency, Papua, Yosep Yopi Kilangin said that a number of powers given to Papua to regulate and manage their own households have not been exercised consequently.

He really hopes that the President and Vice President of the Republic of Indonesia, Joko Widodo – Mar’uf Amin, will pay serious attention to solving the fundamental problems in Papua in implementing Special Autonomy Volume II.

Yopi Kilangin believes that President Jokowi already knows what basic things need to be followed up immediately to solve all problems in Papua. Previously, President Jokowi in the first term of his administration with Vice President Jusuf Kalla had been able to “win the hearts” of the Papuan people.

At the beginning of this year, the Indonesian Parliament included the discussion of the Papua Special Autonomy Bill in this year’s priority national legislation (prolegnas) program, so it can be ascertained that Otsus will continue. Even the Central Government also plans to increase the Special Autonomy Fund volume II as a clear proof of the Government’s attention and commitment to the welfare of Papua.

From the budget side, the Central Government continues to increase the amount of special autonomy funds to carry out development in various sectors of life, especially in the four priority programs, namely education, health, infrastructure, and community economic empowerment.

In addition, the Presidential Special Staff, Billy Mambrasar, also believes that President Jokowi’s determination to develop Papua has not changed until now. Especially with Presidential Instruction 9/2020 concerning the Acceleration of Welfare Development in Papua and West Papua Provinces. The issuance of Presidential Instruction Number 9 of 2020 which contains directions for the acceleration of the development of Papua and West Papua shows President Jokowi’s commitment to continue the development of welfare for the Papuan people.

It is hoped that the various steps taken by the Central Government will answer the high hopes of the Papuan people regarding the preparation of Special Autonomy Volume II. This will be more optimal if the Regional Government plays its role in listening to the aspirations of the community and subsequently accommodates these aspirations so that they are realized through the policies contained in Special Autonomy Volume II.