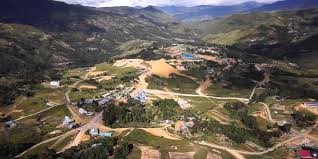 The Minister of Finance of Indonesia, Sri Mulyani Indrawati, proposed to continue the provision of the Special Autonomy Fund or Otsus for Papua and West Papua for the next 20 years or until 2041. This proposal was included in the Revision of Law Number 21 of 2001 on Papua’s Special Autonomy.

In addition to continuing the Special Autonomy for Papua and West Papua, Sri Mulyani said that the government will also increase the amount of the Special Autonomy Budget allocation for the two provinces, which has so far been 2% of the General Allocation Fund (DAU) being increased to 2.2%.

Sri Mulyani added that if the budget increase is approved, the total funds that the government needs to channel to Papua and West Papua through the DAU will be Rp 234.6 trillion over the next 20 years. However, he stressed that this additional budget extension must be accompanied by better governance.

In addition, the additional special autonomy funds pay attention to the large development costs in the Papua region. This is because the eastern region of Indonesia has a higher level of geographic difficulty than other regions. Another reason is that the provision of special autonomy funds is a form of the government’s political will in accelerating development achievements in the Papua region.

Through Article 34 Paragraph 8 of the Special Autonomy Bill, the central government has the authority to distribute Otsus funds to provinces and districts / cities in the Papua region. This division takes into account various aspects, including the population, area, number of districts / cities, districts and villages, as well as the level of development achievement.